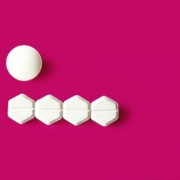 I woke up this morning feeling weighed down by all of the recent news. I told a friend that, while I continue to take steps to support things I believe in every day, it is increasingly feeling like I’ve used all of my fingers to plug holes in the dike and tomorrow when I wake up there will be a new leak that I don’t have capacity for. I know from experience that I feel this way from time to time and eventually I find my footing and get grounded in the knowledge that there are lots of others with their fingers holding the deluge back too and that the little things I am doing are important. And yet, here I am, today, feeling overwhelmed.

I don’t write about reproductive rights much anymore which is a huge departure for me. For years, mostly when my kids were young, I wrote about it on my blog, for online outlets like The Feminist Wire, and even for an anthology called Get Out of My Crotch! I spent years interviewing people who had struggled with the decision of whether or not to terminate a pregnancy and crafted a manuscript out of those stories, determined to humanize the “Pro-Choice/Pro-Life” debate once and for all.

Despite years of shopping the manuscript to agents and publishers, nobody wanted it. It was either “not controversial enough” (because I told stories of abortion, adoption, and even those people who chose to raise a child) or “not interesting” (because one – male – publisher told me it wouldn’t be interesting to men and therefore, it wouldn’t sell enough copies). Every year or so I pulled it out, dusted it off, updated it (because there were always new laws and new fights to talk about) and tried again. Until finally, I decided to put it out into the world anyway, because I felt bad that these people had trusted me with their stories and they weren’t being shared. I asked a friend to help me make it into a website, hired a graphic designer and a web designer, took pains to make sure that it was entirely anonymous (which is bullshit in and of itself because I wanted to make sure that my children wouldn’t be targets for some anti-choice militant who was angry about my views on abortion), and launched it. But it didn’t gain traction, mostly because I am crap at marketing and social media buzz and also because it’s hard to do that when you’re trying to protect your identity.

In the years since, I have wrestled with the idea of whether or not to keep resurrecting the book or the website for a variety of reasons. I got busy with other things and frankly, the older I get, the more I think that this is a Sisyphean feat – the topic of reproductive rights in the United States. But also, because, in a very idealistic way, I don’t think that women should have to bare their souls and rip open their wounds in order to be seen as human and deserving of the right to make their own healthcare decisions. In many cases, the people who are making the draconian laws such as the one that just took effect in Texas don’t deserve to hear my story and Bianca’s story and Ayesha’s story. I am past believing that it will make a difference. Despair. That’s why I stopped writing about reproductive rights. And it makes me sick to say that, to admit it. I had such hope that the Plan B pills and the abortion pills would end the conversation for the most part. But I’m certain that when Roe v. Wade was enacted, some folks hoped that it would be the end of it, too.

That same friend I was talking to this morning reflected on the last year and noted that he had harbored such hope that things would look different now in terms of Covid. He admitted that six months ago, he believed that the rollout of vaccines would have an enormous impact and we would not be where we are now with new outbreaks and variants and many places still locked down.

It occurred to me that part of the problem is that we come up with these ideas, these solutions, perched atop the old systems, and we try to implement them that way. We are mapping our solutions on the old, broken systems that were designed for rich white men in Western countries. Of course they won’t work for societies made up of people who aren’t mostly rich white men. The vaccine rollout didn’t fundamentally change anything because it was largely rolled out in Western countries that are mostly ruled by white men. Variants are coming from parts of the world that don’t have the same access to vaccines and other public health measures. These restrictive abortion laws are being mapped on to a system that was created by and for white men – with principles of punishment and control – and because the majority of the populace of this country is not white men, there is a great deal of suffering that will come with them. The upheaval we are experiencing right now, over and over again, is thanks to things being determined and run by people who don’t represent the actual people who live within the systems. The majority of Americans support abortion rights, so why is it that these laws keep getting prioritized? Because the lawmakers are white men, by and large. The majority of Americans didn’t support the war in Afghanistan, so why did it keep getting funded to the detriment of other social programs for people in America? Because the lawmakers are white men, by and large. Or they are well-served by the systems that white men created, and they have an interest in upholding them.

I have no answers today, I’m afraid, only the message that if you are feeling despair and frustration and overwhelm, you are not alone. If you are feeling hopeful that we are beginning to dismantle these old systems, please let me know and send me a light in the darkness today. In the meantime, I will support the outside-the-system things that are happening to give women who are pregnant options and amplify the voices of the folks who are calling for a new way of being.