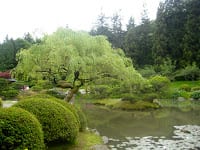 Occasionally, I re-realize things that send shock waves through my life. Generally this happens after a bit of struggle and strife and when the shining moment comes for the pertinent message to penetrate my thick skull, I am astonished. And then, the more I think about it, the less astonished I am at the actual notion and the more shocked I am that I forgot this lesson in the first place.

My most recent realization? Humans need their actions to feel meaningful in order for them to be motivated.

Author Dan Ariely puts it so well in his book The Upside of Irrationality: The Unexpected Benefits of Defying Logic at Work and at Home. He conducted experiments to determine whether people will continue to be motivated to complete tasks they knew were meaningless even if they were paid to do so. Not surprisingly, he discovered that the interest level falls off sharply when the work is disregarded or set aside without acknowledgement. Somewhat surprisingly, he noted that even the slightest form of acknowledgement (looking over the page of work and nodding your head before setting it aside) was enough to keep most people going for a long time despite the fact that they were paid the same amount as those whose work was not acknowledged.

I began thinking about the implications of this when it comes to my life. I know that when I had a job that made me feel as though I was making a difference in someone’s life, I was not likely to grumble about it or drag my feet to get to work. I can’t say that I am ever excited to get out of bed to the tune of an alarm clock before the sun rises, but I have always been much more likely to do so if I felt like the tasks ahead of me were important. (This may be why I hate packing school lunches so much. If the kids acknowledged the food as delicious and appreciated and I didn’t see much of it come home and go into the trash, I might be happier making lunches every morning pre-dawn.)
When I quit my job to stay home with my kids I can honestly say that the monotony got to me. It is discouraging to change diapers again knowing that there will be more coming soon. The same tasks day after day, performed in the service of a non-verbal companion seemingly incapable of truly appreciating them didn’t exactly feel meaningful.
Then I thought about the implications for my kids. The one year Eve went to the local public school, she came home with reams of papers to complete every week as homework. She quickly became discouraged despite the fact that her homework was always completed and turned in on time. Or maybe because of that. At some point her teacher learned to expect that from her and Eve was no longer acknowledged for being a student who was timely and efficient. At her first conference, the teacher verbalized her lack of concern for Eve by saying, “Oh, she’s fine. I don’t worry about her. She sits quietly in class and turns all of her homework in.” That was nearly the extent of the entire conference. Eve felt meaningless. By December, she knew that the only way to get any attention at all from her teacher would be to misbehave. She couldn’t intuit any sort of global meaning or ultimate pinnacle that all of the paperwork was leading up to (nor could I, for that matter), which led her to believe that it was all just busywork. Meaningless.
She checked out mentally and emotionally. She began pretending to be sick every day and begged me, in tears, not to make her go back to school. She was not being bullied or harassed. She was not performing poorly in school. She was somewhat bored, but more importantly, she was frustrated with the lack of meaning her days contained. I wonder how many kids feel that way. I wonder if we could find some way to help them understand the context of their school work and help them feel as though the assignments they are completing are important in some way, whether they would perform even better.
I also thought about the implications this lesson had for my relationships. How often do I let people know that they matter to me? I suspect not often enough. I suspect that there are times when Eve or Lola or Bubba would love some acknowledgement of their efforts. I know I would. When I was really struggling with depression several years ago, it was truly a crisis of confidence that I mattered. At my lowest point I truly believed that I was entirely replaceable. Bubba could hire a housekeeper and a nanny to take over my daily duties and nobody would miss me a whit. I know now that they would have missed me, but I still struggle from time to time wondering what value I bring to the world. Spending five years researching and writing a book that never gets published is a particularly effective way to become convinced that your work stands for nothing. Especially when so many of the other tasks I perform on a daily basis are “consumed,” like the food I cook and the laundry and the housework. I know from experience that something as simple as a comment like, “Mom, great dinner tonight! Would you make this again?” can sustain me for days as I shop for groceries and do dishes.
As so many people find themselves out of work right now, I wonder if we wouldn’t all do ourselves a big favor by finding ways to occupy ourselves that feel meaningful. Whether or not it brings in money, volunteering to help organizations in our communities or friends or family members can give us such a big boost in terms of our own self-worth that it may just elevate our spirits to the point where we catch the eye of a potential employer. Short of that, I think I will make a concerted effort to remind the people in my life how much their actions mean to me personally.
December 5, 2011/8 Comments/by kariodriscollwriter_fan60j
https://kariodriscollwriter.com/wp-content/uploads/2011/12/IMG_8064.jpg 150 200 kariodriscollwriter_fan60j https://kariodriscollwriter.com/wp-content/uploads/2020/08/web-logo-Kari.png kariodriscollwriter_fan60j2011-12-05 20:50:002020-08-02 18:03:10The Importance of Acknowledgement