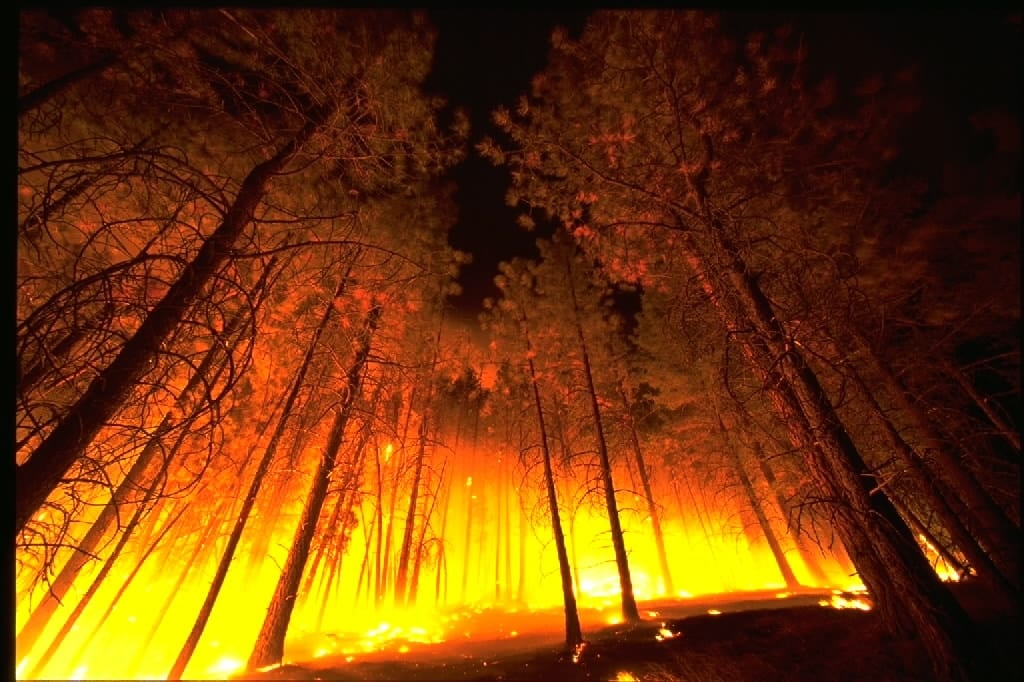 I was listening to a story on NPR the other day about
wildfires in the Pacific Northwest and one person who was being interviewed was
part of what they call a “mop-up” crew. These are the people who come in after
the fire is out and look for dead wood that might fall, trench areas that need
it, and look for parts that still might be smoldering.  In large forests, it’s fairly common for roots to be on fire quietly beneath the forest floor and spontaneously
erupt into new fires if the area isn’t checked thoroughly. It is these folks’ job to be hyper vigilant, to scan the terrain for danger.
I feel like that’s my nervous system in a nutshell. The
original traumas were the raging wildfires that I worked to control and
extinguish, but there are still hotspots in places I haven’t looked and when
someone says or does something that triggers my original abandonment issues, I
am suddenly right back in the middle of that forest with a raging flare-up. Hello, PTSD.
Despite all the work I’ve done in therapy and on my own,
learning to uncover my deepest insecurities and face them, sitting patiently
with my demons and learning to embrace them, combating the mean voice in my
head that says I’m worthless, there are still pockets of mess that I am occasionally
surprised to find. Somehow, I thought I took care of this, but there was one more tree with
smoldering roots just waiting for some oxygen to feed it. And oxygen feels like such a benign thing, right? Who is afraid of oxygen? Often, it is
as much a surprise to me as it is to the person who said or did whatever they
did, and as much as I’d like to be able to apologize for my massive response,
the fact remains that now I have a new
fucking fire to put out. I wish I had the time to explain or assure you that it’s all going to be fine, but I don’t. I have to put on my helmet and boots and fireproof jacket and wade in because ignoring these small flares isn’t an option.
There’s no way I have the time or resources to
send out a mop up crew to look for every possible spot that might flare up some
day. The most I can do is clear out the old dead undergrowth, set boundaries to
help me feel safe, and look those damn flames in the eye when they rise up. The
good news is that because I did the hard work to put out the original fires, it doesn’t take as much time or effort to quiet these smaller ones, and as long as I am completely honest and upfront with people about feeling triggered, I have done my part.
Honestly, most of the time I go through life just admiring this forest of mine – wandering through its lush greenery and feeling blessed at the variety of things that grow there. I am so grateful to have come through those fires of my youth and be where I am today, and frankly, happy that I am in such a good place that I do get surprised when a flare-up happens. [That doesn’t mean that I’m not annoyed as hell when it does. My inner monologue goes a little like this: Really? What the hell? Didn’t we deal with this already? Who is the one in there that keeps flipping the switch? I told you, we’re not in danger anymore. This is different.]
But these days, I can quickly move from frustration to compassion. Obviously, there’s someone in there who is still afraid, who remembers all too well what it meant to be engulfed in flames, and she is hollering for help. And that’s when I go into mop up mode.
September 16, 2016/2 Comments/by kariodriscollwriter_fan60j
https://kariodriscollwriter.com/wp-content/uploads/2016/09/Forestfire2.jpg 682 1024 kariodriscollwriter_fan60j https://kariodriscollwriter.com/wp-content/uploads/2020/08/web-logo-Kari.png kariodriscollwriter_fan60j2016-09-16 16:29:002020-08-02 13:39:18PTSD and Wildfires: A Metaphor