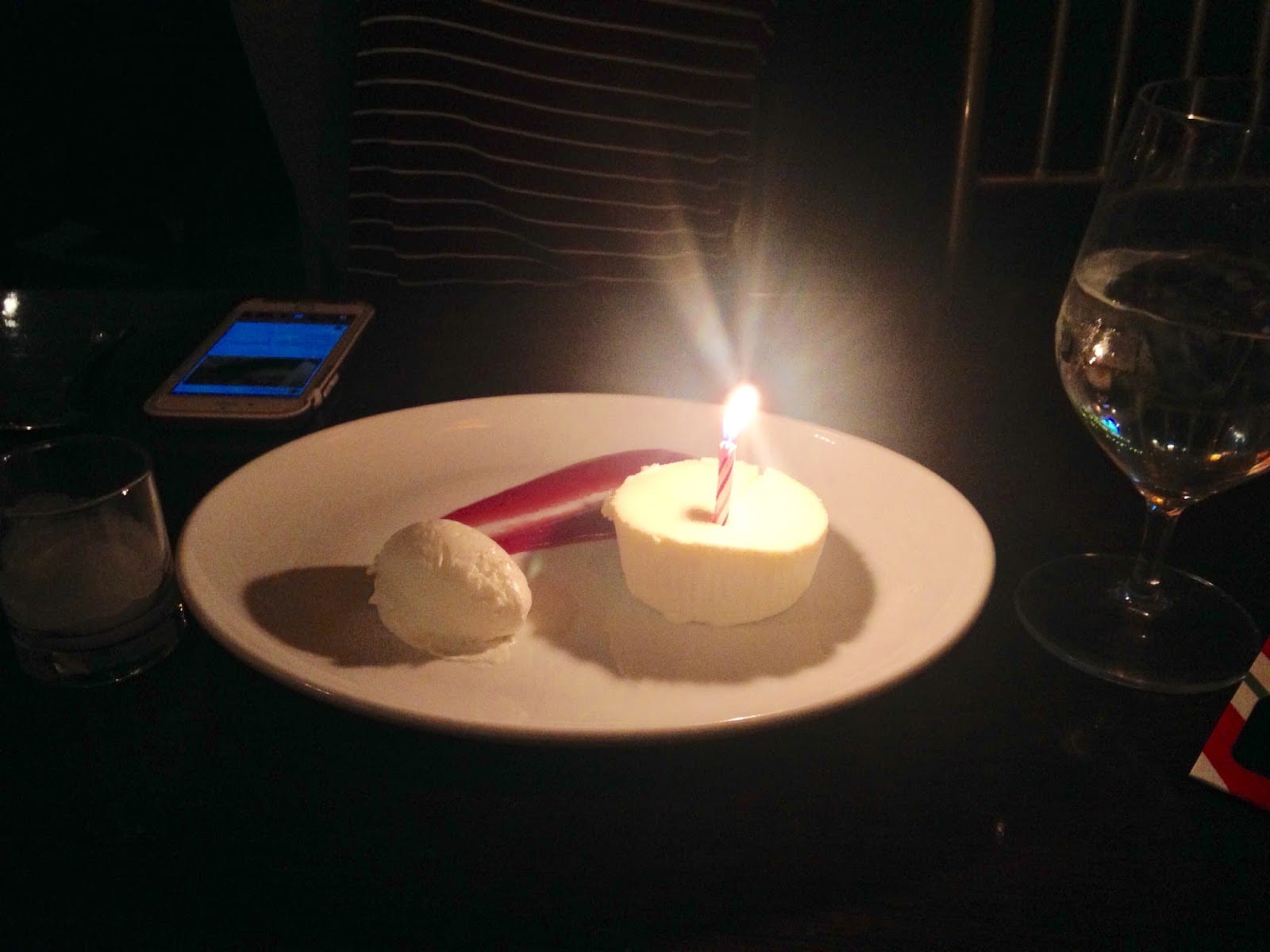 I have just had the most extraordinary experience, and despite the fact that I’m sitting in an artificially-lit room with rain showering down from charcoal-grey skies outside, I am absolutely glowing.


My oldest turned 16 yesterday and, to celebrate, she and I spent three days in New York City touring around and indulging in all of her fantasies. We poked around Barney’s and Bloomingdales, stood with the hordes outside Rockefeller Center and snapped photo after photo of the tree and the ice skaters. We wandered across the campus of Columbia University, crossed the Brooklyn Bridge and stood underneath the Manhattan Bridge on a sunny, bright day. We perused the wares at holiday markets from Union Square to Bryant Park and walked through Times Square at night people-watching. Perhaps her favorite experience, though, was seeing Wayne Brady in a production of Kinky Boots. She was hardly able to sit still from excitement and when we stood outside the stage door afterward, shivering, she barely felt the chill in the air. The star himself came out to greet his fans and promptly wrapped her in his wool trench coat and offered her a warm “Happy Birthday!” as I took photos of them together. She floated back to the hotel and couldn’t get to sleep, she was so thrilled.


These moments together, whether they be tiny ones like sharing a delicious snack or huge ones like meeting Wayne Brady, lifted me up to a place I won’t soon come down from. I know that I have only two more years before she is off to college and I see her much less often (especially if she chooses to go to school in New York, which she says she will), and while I feel as though I ought to be sad about that, I was really just very honored to be part of the joy that she had this last weekend. Watching her face light up in a grin as big as I’ve ever seen when she spied the window displays at Saks Fifth Avenue and hearing her exclamation of bliss at the first bite of New York cheesecake are some of the things I was so lucky to be witness to that I will never forget.


There is a song in Kinky Boots called “Not My Father’s Son” that reminded me of a piece I wrote a few years ago called The Fallacy of Belonging, where the two lead characters sing about feeling as though they disappointed their fathers because they couldn’t “echo what he’d done.” All of the singing was exquisite, but as I sat and listened to that particular song and turned to watch Eve, I knew in my heart that the best thing I can do for her is to let her travel her own path in life, wherever it leads her. No matter how many instances I can recall that point to our similarities, she is herself, and it is not my place to convince her of anything, to hold her back because I am afraid or don’t understand. My gift to her is to lift her up, help her believe in herself and trust her own gut, and revel in the things that she enjoys and desires. I could no more imagine myself at 16 wanting to go to school in NYC than I could have imagined myself being abducted by aliens, but it doesn’t matter. The simple fact that she and I can share these moments together, with her driving the agenda and feeling free to explore possibilities for her own life means more to me than anything.


On the flight home, I sat next to a woman whose daughter is a senior at Columbia University. She was on her way home from a visit and she confided to me that she never could have prepared herself for how hard it was to have her daughter go away to college (they live in Anchorage, Alaska – almost as far apart as you can get and still be in the same country). She confessed to having gone through a deep depression when her daughter was gone, and said that even now, she visits her 2-3 times a semester just to reconnect. For a moment, I panicked and started to wonder what it might be like for me to have Eve so far away, but then I made a decision to stay in the glow of this weekend. It will probably be very hard for me if she goes across the country to college, but all I have to do is conjure up the memory of how happy she was to be feeling grown up in the big city, exploring all it had to offer, and striking out with a confidence I never had at that age, and I think I can find it in myself to be happy for her. She is not me, and I am so honored to be given the opportunity to see her for who she is without placing my own filters on her. That would only limit her and goodness knows I don’t want to do that.  Happy birthday, sweet girl. Thank you for being in my world.