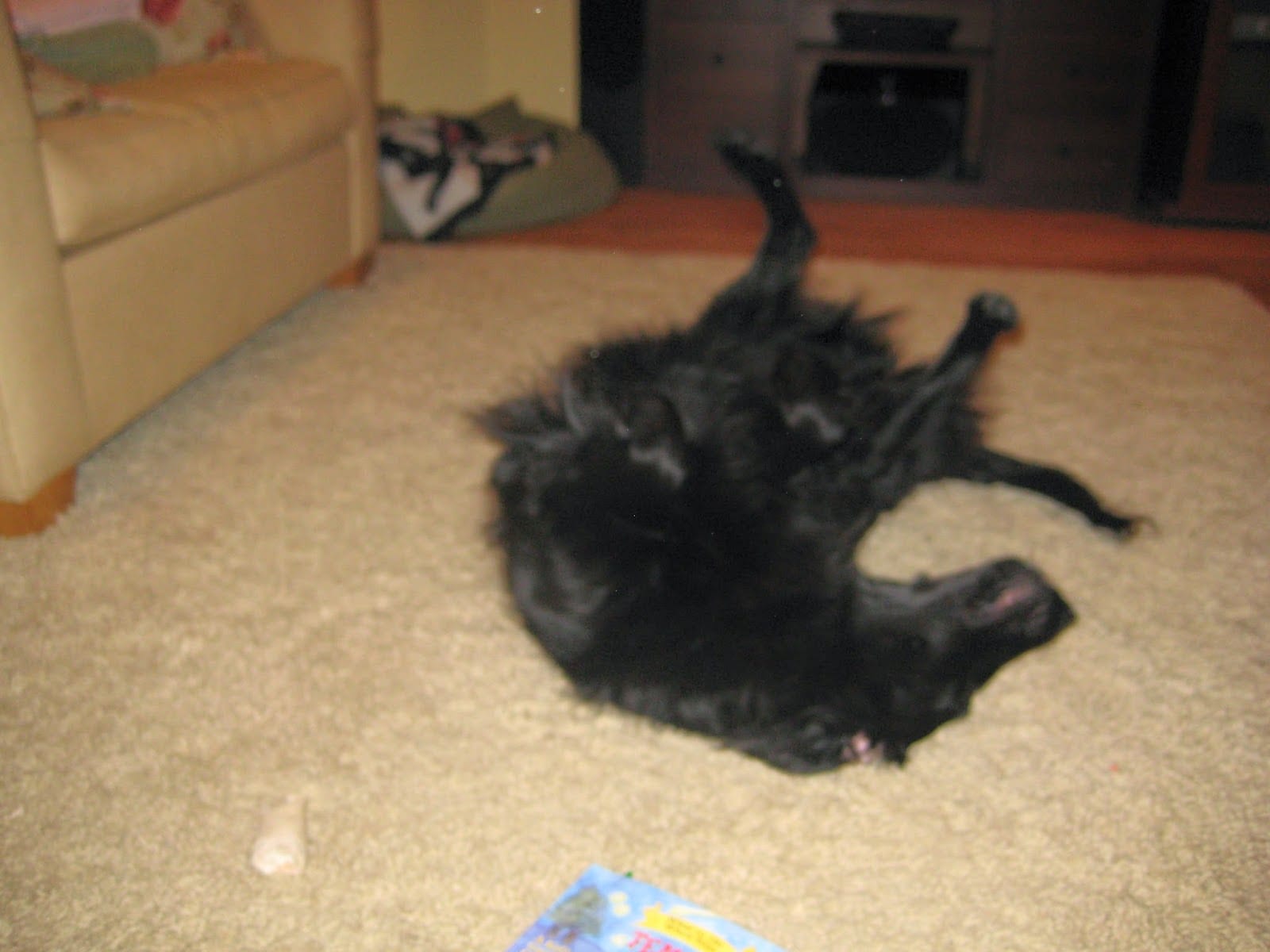 In 2013 our beloved dog, CB, was diagnosed with melanoma. It was a stunning blow to all of us and even the veterinarian had a hard time with the test results. The tumor was in one of the bones that made up his first toe on the right foot and we made the decision to remove the entire toe as a precaution. The vet assured me that he would do just fine without it and she was right.  Following several weeks of healing, he was right back to bounding up the stairs behind me every evening on our way to bed, back to three or four walks around the neighborhood every day.  You would never know he was missing a toe.

Six weeks after the surgery, the vet said we ought to give him the once-over to see whether there were any more tumors or spots we needed to check out.  As a nearly-10-year-old purebred, he had sprouted odd bumps and lesions here and there that we hadn’t ever really thought twice about. I pointed out a few that were larger but didn’t seem to give him trouble or pain and we did biopsies.

Most of the remainder of 2013 was spent either in surgery or recovery for our poor boy after discovering another large tumor on his back that had wrapped around his spine.  I learned several big lessons from all of this, but the one that I hope to remember for the rest of my life is how to act when you’re diagnosed with cancer, just in case I ever am.

During the visits where we first attempted to figure out what was going on with CB’s foot, he was the same as ever.  Happy, goofy, loyal, exuberant. For as long as we have known him, he has loved people (especially children his height), other dogs, water, balls, stuffed animals, and food. He loves nothing more than a walk around the neighborhood and sleeping on the floor in the same room where there is a person. Any person. He hates being alone.  He follows me from room to room all day long as I empty the dishwasher, run downstairs to do a load of laundry, sit at the kitchen table to write for a few hours, walk out to the alley to dump the garbage, and head upstairs to shower. If we walk past a car with a door or the hatchback open, he sees an open invitation for a ride, even if he doesn’t know the owner of the car. He doesn’t mind going to the vet in the slightest because it just means that someone else is going to pet him and scratch behind his ears.

After his cancer diagnosis, nothing changed. He was slowed down a bit by the bandages and stitches and a little dopey from the anesthetic, but he wasn’t angry or morose or withdrawn. His tail still thumped on the hardwood floor in anticipation of some attention every time someone walked by. He still struggled to all four feet upon hearing the word “walk” uttered by anyone anywhere.  He still perked his ears up at the sound of Bubba locking his car at the end of the day before heading up the stairs to come inside.

Even after five surgeries in nine months and weekly visits to the vet, he was unchanged with regard to his most basic personality. He was a little more hesitant to get in the car because that generally meant we were headed for some more poking and prodding, but I can hardly blame him. I was, too, because for me, it generally meant a huge bill and more heartache.

I don’t know whether it’s because he has very little control over most of the aspects of his life that he has chosen to embrace the things that matter most to him – connection with his human companions and pleasure-seeking – or if it’s even a “choice” at all. I just know that watching him continue to be exactly who he always was even as physical parts of him got chipped away steadily through most of a year was inspirational and touching. He never stopped trusting me to change his bandages and give him pain meds. He never refused to get up and walk or greet me with a huge tail wag. He never lost his enthusiasm for meeting other dogs or new people or carrying some goofy toy around in his mouth. Through it all, he stayed CB. CB with melanoma, to be sure, but CB nonetheless.

If I am ever diagnosed with a disease that requires me to undergo painful or debilitating treatment and is potentially life-threatening, I hope that I can remember how CB handled it. I hope that I can make my way, one day at a time, through the treatments, rely on others to help me, and never let it change who I truly am.  I hope that I can continue to focus on the things that make me happy and let them make me just as happy as they always have even if I don’t have the same energy to enjoy them that I once did.

As of now, CB is mostly back to his old self. I suspect that he has more tumors growing that we don’t know about, but he is living a good life and is very active thus far. We have decided that five surgeries is enough for one dog and, while we won’t let him live with debilitating amounts of pain, we are going to let him enjoy the time he has left without anesthesia or stitches or casts.  Every morning when the two of us get up to start the day, I am grateful for the gifts he has given me, not the least of which is the constant reminder to just be who I really am as much as possible.