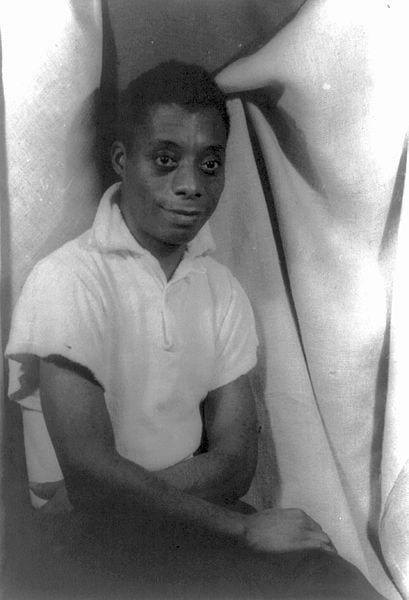 NPR strikes again!  This time it was a program on race that played an interview conducted many years ago by Studs Terkel where he talked to writer James Baldwin about his newest novel, “Nobody Knows My Name.”  At one point, Terkel laments a societal framework that sets Baldwin up to feel ashamed of his rich cultural heritage – one deeply steeped in gospel music, family, and food among other things – simply because he is “accepting of the white man’s stereotype.”

Baldwin:  “It is one of the great psychological hazards of being an American Negro….One is born in a white, Protestant country where one was once a slave, where all the standards and all the images…everything you see, none of it applies to you….I obviously wasn’t white. It wasn’t even so much a question of wanting to be white, but I couldn’t accept what I’d been told. When all you are ever told in this country about being black is that it is a terrible, terrible thing to be.”

At this sentence, my breath caught mid-way between my gaping mouth and my lungs. It simply stood still in my throat, unable to move forward or back.  I realized that I could not begin to plumb the depths of how damaging, how alienating it must be to feel as though you are at once pitied, reviled, and set aside simply because a vocal, powerful group of individuals sees you as shameful or less than. Simply because they have no idea who you are and no intention of learning who you might be. And no care for the fact that you had no hand in finding yourself in this color skin.

The next thing that struck me was the sincere knowledge that, today, the word homosexual or disabled or, in some countries female could be easily substituted for black.  And I began wondering how often I have been guilty of seeing another person as limited by something they cannot control, placing barriers around what I think they might accomplish or how they might feel. Stereotyping or pitying them simply because I did not see who they truly were beyond my own ideas of what they were.

The ultimate theme of the interview was that James Baldwin found the resolve within himself to dig deeply and find his own notions of himself and who he was.  He gave himself permission to own his American Negro status, to revel in his rich cultural history, to express himself beautifully in his novels and poetry.  He did this, in part, by looking to other black people around him who led by example. Who owned who they were without reservation or apology.

I came away determined to remember that breath-stopping feeling of acknowledgment. To force to the front of my consciousness my own preconceptions of what it must be like to be _____________ and realize my part in stepping back and encouraging others to own their own stories.  Not as some sort of reaction to any perimeters I draw around them, but as a wellspring of personality that finds its source within each and every one of us.  I live in hope for a world where none of us ever feels as though the over-riding message they are receiving is that it is a terrible, terrible thing to be whomever they are.

*The entire interview can be found here. There are two other stories first – sorry I couldn’t find the interview as a stand-alone, but you can jump to the final third of the audio and hear James Baldwin’s rich, cognac-smooth voice with a steely edge of self-knowledge behind it as he answers Studs Terkel’s questions confidently and thoroughly.