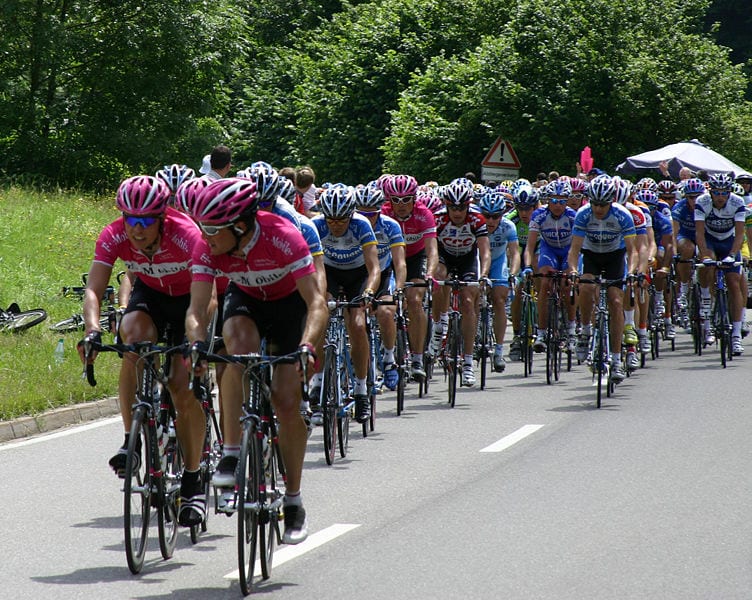 There is so much hoopla around Lance Armstrong today. I will be the first to admit I am curious to see Oprah Winfrey’s interview with him and will probably record it to watch snippets when Bubba isn’t home. That said, the thing that has stood out the most for me this week in the media are headlines like: “Lance Armstrong’s Brand May Be Damaged Forever.”

I know that with the ubiquitous presence of social media in our everyday lives, there is a lot of buzz about one’s ‘personal brand.’ Heck, I’ve even heard Bubba talk about it to the girls, cautioning them that whatever they put out there in cyberspace, via a Facebook page (which neither has) or a text message or a blog (again, blissfully irrelevant here) is not likely to go away. That it could affect their scholarship opportunities or college or job applications. That they ought to consider that they are “building a personal brand” and act accordingly.  I’ve even bought into it to some extent, both for the girls and for myself, certain to only write about or talk about or ‘like’ things after I take a good, long look at how they might be received publicly.  And I’m not a celebrity or a business owner.

But I am curious as to why it seems important that Lance’s “brand” is damaged.  I know he built up a public persona as an athlete and a cancer survivor, as someone who triumphed repeatedly against all odds, and I see how he has traded on that over the years for fame and fortune.  I understand how his teammates could feel cheated or betrayed by him if he did, indeed, take steroids or other performance-enhancing drugs in order to win bike races year after year.  I sympathize even more with those who are angry that he lied about it multiple times as he tried to run from the reality that his drug use may have affected many, many people over a long period of time.  I can see how it would be difficult to trust anything the man says for a good long time.

But when we talk about someone’s “brand” isn’t there a tacit understanding there that what we are talking about isn’t the whole person? Don’t we really get that what we mean by “brand” is the public image this person or corporation chooses to put out into the world? That this is only the part of them that they wish us to see?  And so how many times do we have to be surprised when it turns out that this brand is false?  We have set up a system that values winning and financial compensation more than honesty and fallibility. We have created a place where, in order to do business and succeed financially, an individual or organization must appear to be strong, solid, and perfect. Yes, he was diagnosed with cancer, but because it was seemingly something outside of his control and he didn’t die from it, Lance’s brand became stronger as a result.  When celebrities are revealed to us as actual human beings (Britney Spears, Lindsey Lohan, Mel Gibson…), we are indignant and shocked.  They are absolutely no different than any of the rest of us. Some are bigoted, others are immature, still more fall prey to the lure of money or fame. And yet, we continue to encourage them to project this illusion out into the universe that they are something more so that we can look to them for inspiration.  The sad truth is that a “personal brand” is rarely a true representation of a person or company, it is merely a marketing device that is designed to make us feel better about buying what is being sold.

I am not a huge cycling fan so I don’t have any particular issue with whether or not Lance used performance enhancing drugs other than a general sense of the fact that it isn’t fair to all of the other athletes who compete on their own physical merits.  To me, this is part of a larger discussion about our current cultural obsession with creating a personal brand that is not indicative of who we truly are or what we believe in.  There are those out there whose intentions may be to craft an authentic brand for themselves or their company, but the waters quickly get murky as soon as you begin trying to sell something based on that brand.  We have all met new people and attempted to “put our best foot forward” in order to make a good impression. We have all told little white lies or omitted certain things in particular settings so that we can fit in.  Ultimately, though, we can’t build meaningful relationships unless we are truly honest about our humanity and vulnerability. We cannot truly have other people in our corner unless they know us and accept us for who we are. I am not suggesting that every public person try to befriend their fans in this intimate way, but I do find it surprising that we as a society continue to act surprised when we discover that each of these individuals is just as human as we are and that the “brand” we bought into wasn’t an accurate representation of the whole person.  It is impossible to build a brand for public consumption that isn’t idealistic and incomplete and until we accept that, we won’t be able to stop expecting perfection from the people behind the brand and feeling disappointed when we find flaws.

I don’t know if Lance can rebuild his brand, but I do hope that he is surrounded by a group of people who know him for who he truly is and can help him through what is likely to be one of the most difficult times of his life.