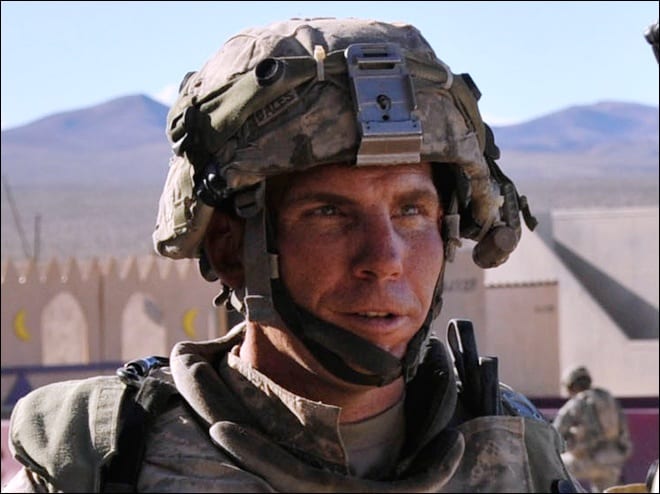 Staff Sergeant Robert Bales pled guilty last week to killing 16 innocent Afghan villagers in March of last year in order to avoid the death penalty.  He is a young man with two small children of his own who now faces the rest of his life behind bars.

May he one day find peace.

This is a young man who went to Iraq three times for the military and was on his fourth tour of duty in Afghanistan, likely spending his waking hours plagued with fears of IEDs and surprise attacks.  I don’t know the details of his service and I certainly cannot justify the targeting of innocent people or their brutal murders.

What I do wonder is how many other angry, frightened soldiers are out there held together with spit and baling wire (as my grandfather used to say), barely holding on to some semblance of sanity? How many others are there who have both witnessed and committed atrocities on the orders of their superior officers whose dreams are haunted? How many others are self-medicating with alcohol and valium, simply clinging to those muted moments until they can try to figure out what a peaceful life is again?  And how can we continue to send these young people into harm’s way, revere them as heroes and then discard them on the streets of our cities after denying them the health care they need? How can we continue to be horrified at their acts of desperation and then send them away, sentenced to mental hospitals or jail cells simply because they couldn’t handle the burdens we placed on their shoulders?

If this isn’t a case for restorative justice (and pacifism), I don’t know what is.  So many lives lost and shattered in this instance, and even today, it is old news, as the headlines move on to conflict in other parts of the world. Ahh, Syria. Is that where our soldiers go next? To kill and be killed? To go slowly mad at the violence and pain of it all?

I don’t claim to have diplomatic answers to any of these conflicts. I certainly don’t condone the targeting of innocents by the Syrian government or the Turkish government or any other entity, for that matter. But I think we have seen time and again that war doesn’t do much but create victims on both sides for generations to come.

May he one day find peace.
May we all.