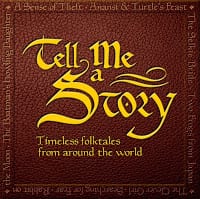 I do love people’s stories. Judging by the immense popularity of memoirs, I’m not the only one, and for a while I just assumed that it was because human beings are voyeurs and left it at that. But the other day I got to wondering if there was more to it than that and several ideas struck me.

As a child I wanted the world to be black and white. I was presented with the notion that there were two ways to do things: right and wrong, good and bad. The world was laid out before me in fairly simple terms and, for the most part, I liked that. I don’t know whether it was my own mind that extrapolated this rule out to fit the rest of life or not, but I quickly decided that this notion of absolutes meant that if I wasn’t the most-liked child on the block, it meant I was the least-liked. If I wasn’t the winner of a game, it meant I was a loser. This led me to two things; a competitive spirit and lying. While I was certain of the knowledge that lying was one of those “bad” things, somehow I deemed it more important to avoid being a loser and as long as I didn’t get caught lying, it didn’t really matter that I was being bad. Unfortunately, it wasn’t long before I got caught. I suppose it might have helped if I wasn’t so overzealous in my attempts to become popular that I explained to the neighborhood children that my father was gone often because he was an astronaut who routinely traveled to the moon to bring back green cheese for his beloved children. That was, admittedly, a bit overboard.

It was here that things got murky. Now, I was not only not the most-liked child, but I was a known liar to boot. And still, my next door neighbor wanted to play with me. It seemed completely wrong that she should be interested in anything about me, but she insisted that as long as I apologized for lying to her, we could climb trees and play hide-and-seek together again. I didn’t quite trust the footings of this relationship for a long time, but as she was my next door neighbor and my age and her mother and mine were best friends, I said I was sorry and we moved on.

Needless to say, as I progressed through life, no matter how mightily I attempted to fit the happenings of my days into the neat and tidy categories I wanted them to go in, life was messy. I became quite preoccupied with “the principle of the thing” and often neglected to consider anything else. I wanted the boundaries to be clean. Except that I myself couldn’t fit neatly in to any of those categories, either. So I continued to try and convince everyone around me that I could. Perhaps if they thought I was a good girl, it wouldn’t really matter that I was completely unable to adhere to all of the tenets of good-girlishness.

Somewhere in my early twenties, I discovered that I couldn’t be human if I wasn’t willing to be messy and uncategorizable. Mostly, I figured this out by listening to people’s stories. People who were close to me that I had already decided were “good” or “bad” began sharing information with me that made them decidedly human and much more interesting than I had previously thought. They also became funnier, more vulnerable, and more lovable and I started to wonder if, because they were willing to be human, maybe that meant it was acceptable for me, too.

Working in healthcare for many years after college, I was lucky enough to hear hundreds more stories. Amazing stories. Courageous stories. Devastating stories. Stories of human beings. I got to the point where I couldn’t walk down the street without seeking out people’s faces and imagining what kinds of stories they had in them. What things did they have to say that I couldn’t possibly expect? I still love to coax stories out of friends and family members; especially those who think they haven’t one interesting thing to share because they are usually wrong. Even if they think that the thing they are about to share with me is deplorable or shameful or frightening, I soak in their words as a reminder that the world is not black and white. Absolutes are very rare in nature and what makes us human are our stories.

Confessions of a Shoplifter

Welcome to the Most Fearful Nation
3 replies