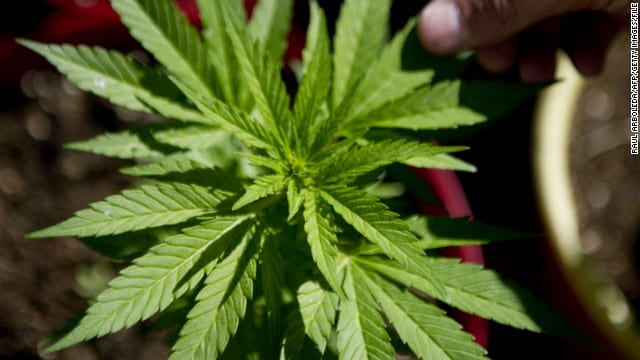 So I live in a state that voted overwhelmingly to legalize marijuana for recreational purposes Tuesday night. I didn’t have any notion going in to the election whether or not the measure would pass, but when I saw the election returns I was shocked. In retrospect I probably shouldn’t have been.

Last week on our local NPR station, the host interviewed a panel of five voters on a range of issues, including this one.  The voters represented the Republican party, Democrats, and the Tea Party.  There were women and men, and their ages ranged from 30s to 70s.  They had a calm, respectful discussion on issue after issue and, while I appreciated their educated perspectives, I wasn’t caught off guard until they started talking about legalizing marijuana.  All but one of the panelists was in favor of it.  I listened to their measured arguments about tax revenue and likening marijuana to alcohol use and sparing law enforcement for more important work in the community.  The lone dissenter was a young family practice physician who wasn’t necessarily viscerally opposed to the idea of legalizing marijuana, but she was reserving her judgment until she had more information about the long-term effects of marijuana use and the actual regulation and implementation of the law.

I had long-since resolved to vote against the measure and was a little taken aback at the overwhelming bipartisan support represented by the panel on NPR. I even began questioning my general feeling that it shouldn’t be legal to possess an ounce of marijuana in the state of Washington without a doctor’s prescription.  What I discovered is that I have many more questions than answers.

1.  Is it possible to get a little bit high? As someone who smoked her fair share of pot between the ages of 14 and 19, I don’t know the answer to this. During that period in my life, the entire point was to get as high as possible.  We didn’t smoke to alleviate some physical symptom or relax us a little bit, we imbibed to get obliterated.  I was lucky enough to not have a particularly addictive personality or much disposable income so I indulged only when friends were willing to share (which was plenty often) and was able to take it or leave it.  By the time I hit college, I realized that while it didn’t feel bad to get high and there was no real attendant ‘hangover,’ what I really experienced was an extreme laziness and antisocial personality and I got bored and frustrated. I had too much to do to sit around feeling like I was plastered to an armchair in a smoky room and I quit abruptly.  So I don’t know if it is possible to take a couple of hits off of a pipe or a joint and get some pleasant feeling akin to having a glass of wine without impairing one’s ability to drive or make calculated decisions.

2.  Is it possible to get a little bit high? No this is not a typo. By this, I mean psychologically.  Do people smoke moderate amounts of marijuana in order to achieve some sort of relaxation (like taking a Xanax) or is it generally the pursuit of being high that drives marijuana consumption?  I don’t honestly know.  I realize that there are a lot of comparisons being made to alcohol and, yes, there are many – in fact the vast majority of adults in the US – who drink occasionally as a social pursuit.  We have crafted legal limits in order to curb dangerous activities like drinking and driving. Will we do the same for marijuana? Is there a threshold that exists that we know of where the amount of THC in your body is measurable like blood alcohol levels?

3.  Is smoking marijuana the preferred delivery route?  Back in my youth, it certainly was, either via pipe or hand-rolled joint.  If so, do we recognize that we have made enormous strides in teaching about the dangers of smoking cigarettes and there is some hypocrisy here?  There are no filtered marijuana cigarettes that I know of, and even filtered cigarettes cause cancer.  There is no getting around the fact that the human body wasn’t designed to inhale smoke on a regular basis without consequences.  So by legalizing marijuana – if indeed people aren’t simply going to be munching MJ brownies every day – we have backslid a bit public health-wise by not recognizing the challenges with normalizing an entirely new set of unhealthy behaviors.  Yes, we may be gaining tax revenue at every step of the process here, but how much of it will end up being spent combatting lung cancer and emphysema?

4.  Given that only a few states are legalizing marijuana, how much impact will it have on the drug trade overall?  If one of the goals is to reduce drug trafficking and violence, how does taking away the market from the drug cartels soothe things?  My first instinct is that they will step up their efforts in other states to maintain their market share, or they will end up selling their drugs cheaper than the public market, or they will begin pushing alternative drugs that may be more dangerous.  Are there better ways to combat drug violence that get at the root of the issue?

These are honest, I-don’t-know-the-answer questions. If anyone out there has some answers, I’d love to hear them.  I am genuinely curious, although I suspect that it will be years of crafting rules and facing court challenges before corner marijuana stores begin popping up.  We have already outlawed smoking in public buildings (and within certain boundaries outside of them), so at least I won’t have to sit in a smoky bar when I want to go have a drink with someone.  I seriously doubt that the Feds will be lying in wait outside on the sidewalks to bust the folks who go out to smoke a marijuana cigarette in the cold, but I am interested in seeing how they mount a challenge to these states who have sent the message that they want marijuana legalized.

Why Hillary Clinton is My Shero for Today 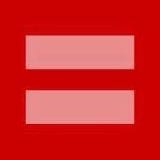