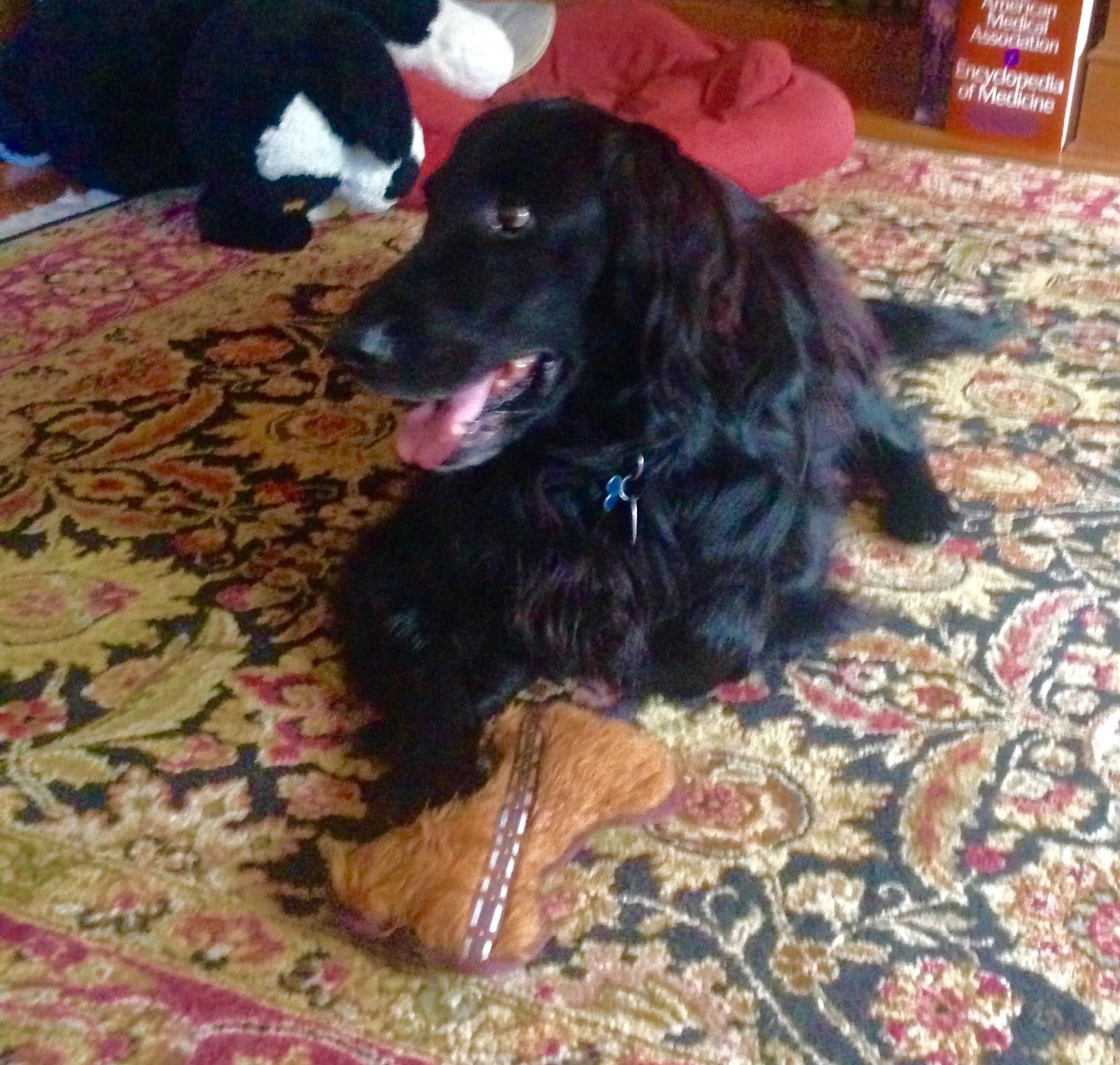 I will admit to being altogether unsure of how to begin. My faithful companion of over a decade is failing and, while he may live for another several weeks, things are getting rough.

We were away for three weeks at the beginning of the summer and I knew at that point that he had a small tumor on his liver and a few more “bumps” on his skin in various places, but none of them were causing him any distress. Indeed, he was eating and drinking normally and he still raced for the front door with a shoe in his mouth when the doorbell rang. The house-sitter said that had I not told her about the tumors, she never would have known.

By the time we returned, two of the bumps on his neck and shoulder had grown significantly and within another day one of them burst open. The vet said that it was cancerous, but given his age and medical status, surgery was not likely to be helpful. Still, he does not show any signs of being in pain, so I dutifully change the bandage a couple of times a day and make sure it doesn’t get infected.

Over the past three weeks, he has both surprised me with his continued health and given me a scare or two. The tumor on his liver is now the size of a lemon, the one on his shoulder about the size of a lime. He has at least six more that I can feel along his back and head that grow larger every day. He is down to eating once a day and has less energy than before, but his eyes still sparkle when I come in the room and his tail wags. He makes it up the stairs to lie next to my side of the bed every night and perks up when I offer a walk. Last Thursday we had 15 people over for a backyard bbq and he made the rounds, poking everyone in the thigh with his nose and demanding to be petted with his tail thumping wildly. He slept for the rest of the night after making sure each and every guest acknowledged him.

Our walks are very different than they ever were. He also has some dementia, so it isn’t strange to have him stop suddenly in the middle of the sidewalk or street and look at me in utter confusion. Other times, he refuses to walk unless we go on his chosen route, but that route has increasingly become a simple straight line away from home and when I determine that we must turn back or I’ll be stuck carrying him, he plants his feet stubbornly and won’t move. The tumor on his neck means that I can’t tug on the leash to make him move, and today I was considering picking his 70# frame up and shoving him forward to get him moving. When I wrapped my arms around him, he sat down and licked my face. I waited a few minutes, coaxed sweetly, cursed the fact that I hadn’t thought to bring treats to entice him, and finally did the parent-of-a-toddler-at-Target move. I left. I dropped the leash, turned my back on him, and walked away (don’t worry – it was a quiet residential street and there were no cars around). After about 20 paces, I snuck a look over my shoulder and saw him slowly following me.

I don’t know how much longer we will go on like this. I have spoken with the vet who assures me that  I’ll “know” when it’s time, and I hope he’s right. At this point, he seems happy, he isn’t indicating that he is in any pain, and he is still interested in eating and drinking. I am learning to pay really close attention to his cues and slow down. If he wants to take 40 minutes to go around the block, sniffing and lying down in the cool grass for a bit, I’m game. If he would rather snack on peanut butter and bison treats than his kibble, I’m fine with that. And if I need to lie down on the floor with him and scratch his ears several times a day, it’s the least I can do for this magical creature who has loved me unquestioningly and wholeheartedly for eleven years or so. The fact that he continues to just be who he is and look to me for comfort when he needs it is all the encouragement I need to drop what I’m doing and just hang out. 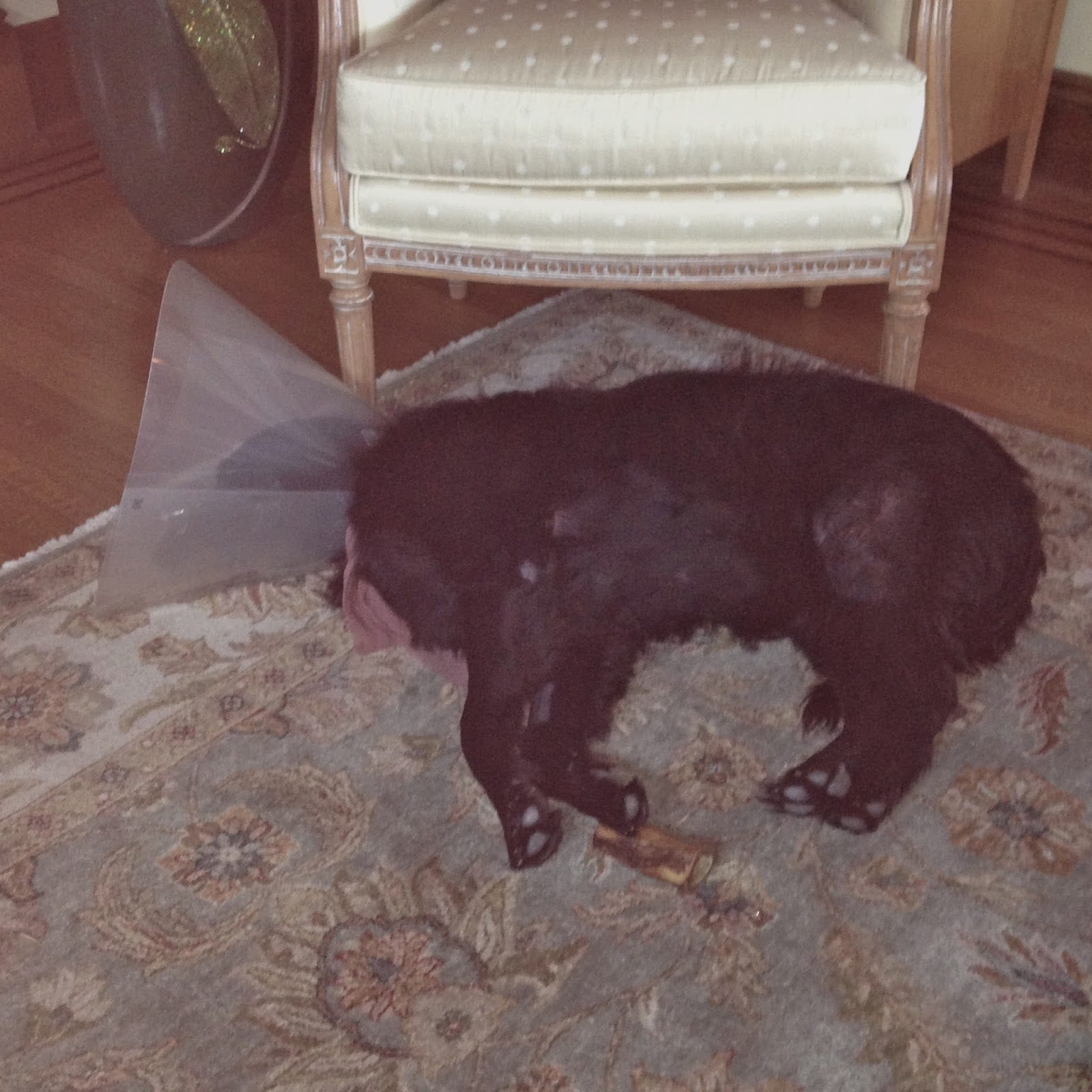 Stuff and Nonsense (and a new book review)

The Power of Pets