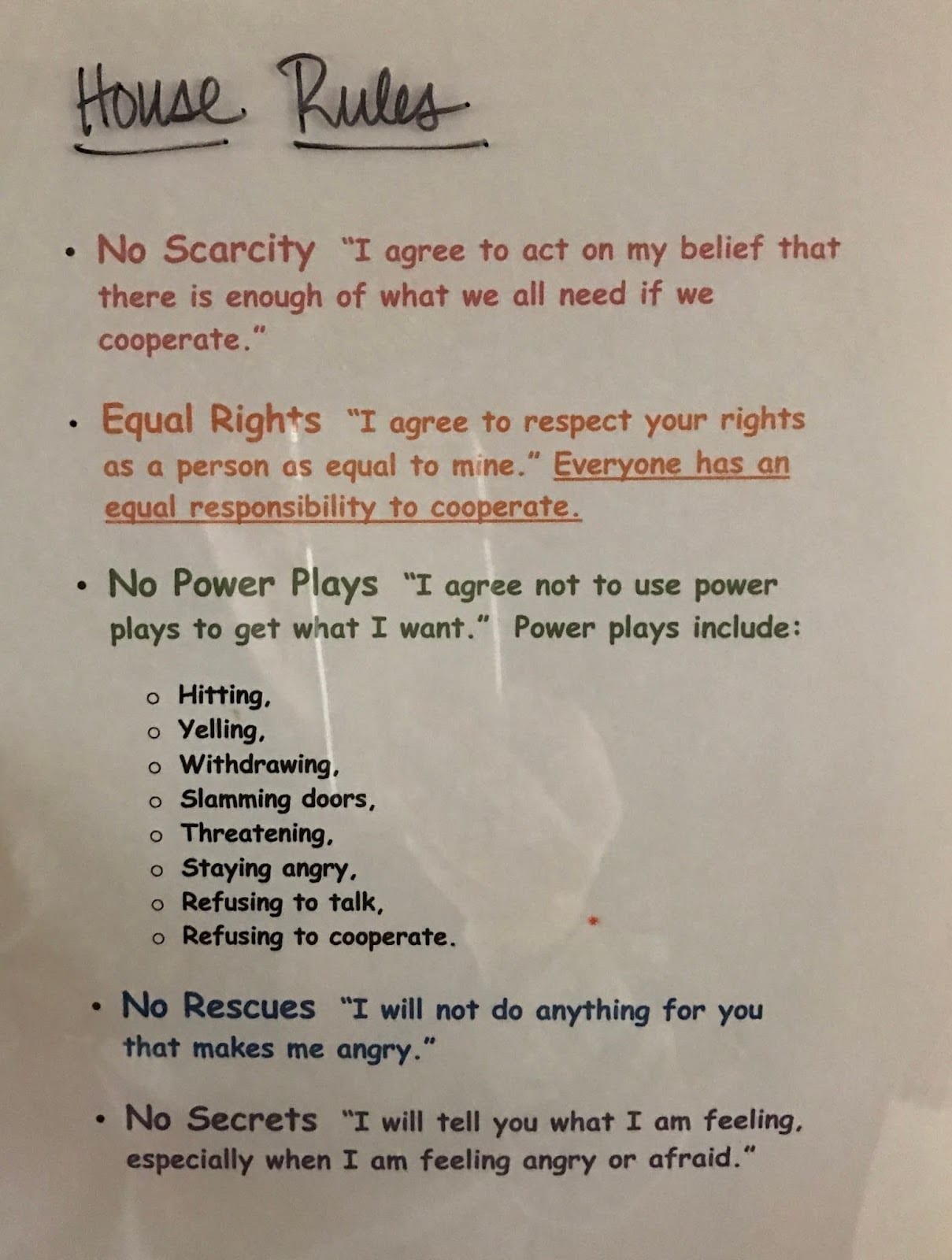 One of our house rules* is that we all agree not to do something for someone else that will make us angry. It seems obvious, but it’s amazing how many times I’ve done things as I’m knee-deep in resentment and fury because it feels like there’s no other way or because I simply can’t think straight in the midst of all that strong emotion.

What I know is that when I do things like that, often somewhere in the back of my mind, I’m keeping score. There is a part of me that is saying, “ok, now this person owes me one” or “I get to bring this up the next time they claim I never do anything for them.”

What I also know is that the longer I hold on to that chit, the heavier it gets. And as I’m doing the “selfless” act for someone else, I am enraged, and neither of those things makes me feel good about myself.

It’s tempting to blame the object of my actions for even having the audacity to ask for such a thing, or (as in the incident that occurred this morning) lash out at them for emotionally blackmailing me. And I’m sad to say that I have done both of those things far more often than I wish I had, but ultimately, I made that one of the house rules for a reason: because it is powerfully easy for me to slip in to a space where I do these kinds of things more and more and it becomes easier in the moment to just capitulate than it does to explain myself or assert my reasons for declining. And then I get resentful and feel like a victim and it affects my relationships with the people I love the most.

So here’s to self-awareness and posting house rules in a conspicuous place as a reminder to act in accordance with what I know is good for me and those whom I love.

*These rules are not my creation. I heard about them from a friend a few years ago and adopted them because I think they’re so fabulous.

The Special Power of Family