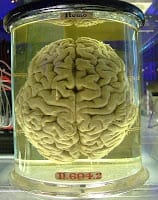 Bubba sometimes accuses me of being too forthcoming. Especially when it comes to our children. I’m certain he’s got a point, but I was one of those people who were born wearing their heart (and mind and opinion) on their sleeve and I see no reason to change now.

Fortunately, neither Eve nor Lola is squeamish, because often my oversharing comes in the form of family discussions around biology or anatomy. All in the name of curiosity and science exploration, except for the few times it has to do with them understanding their own bodies more fully, I generally give them as much information as I think they can process and entertain questions until Bubba is nauseous (or leaves the room) and the girls are satisfied.
Yes, I am one of those horrible mothers who teaches her children the correct anatomical words for even the most embarrassing parts of the human form and I encourage them to use them correctly when appropriate. For those of you who find it more decorous to use words like hoo-ha or pee-pee, I completely understand, but it’s only a matter of time before Eve points out that your little boy’s “thing” is called a penis. Just sayin’.
I also believe that it is destructive for my family to keep things from them unless the knowledge will do them harm. So when my mother’s husband went into the hospital last week with an advanced infection in his big toe that was rapidly spreading due to poor circulation in his legs, I was honest with them that Grandpa was in a little bit of trouble. The girls quickly set about making cards to mail to him and we had a nightly update on his condition at the dinner table. One angiogram, an attempted cleaning out of his blocked leg vessel, and a bypass graft later, it seemed that things were looking up a bit, although Grandpa was going to be in the hospital for a few more days.
Last night, I let them know that Grandpa just might have to lose his toe before coming home. The infection was too strong and the circulation had been compromised for too long to save it.
“Can I keep it in a jar in my bedroom?” Eve’s eyes lit up.
“No way! I want it!” Lola was not to be outdone here.
Notwithstanding their concern for their grandfather, the girls were fascinated. Bubba, having missed the first part of the conversation, joined us at the table and asked, “What’s up, guys?”
Lola wasted no time in filling him in, “They’re gonna whack Grandpa’s toe off cuz it’s dead and Erin and I both want to keep it. Maybe we can put it in the playroom where we can both have it, okay?”
“Nah, I think it has to go to the Toe Fairy. Sorry to disappoint you,” Bubba chimed in quickly. I’m certain the notion of having a preserved big toe in the house was enough to make him move out.
I wonder how much you get for a toe from the Toe Fairy. It is the big one, after all.
October 11, 2010/5 Comments/by kariodriscollwriter_fan60j
https://kariodriscollwriter.com/wp-content/uploads/2010/10/Humanbrain.jpg 200 158 kariodriscollwriter_fan60j https://kariodriscollwriter.com/wp-content/uploads/2020/08/web-logo-Kari.png kariodriscollwriter_fan60j2010-10-11 20:09:002020-08-02 18:16:07All Will Be Well 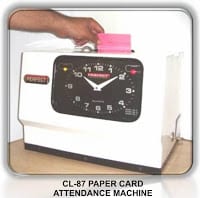 Be Careful What You Wish For: Sleepaway Camp Revelations