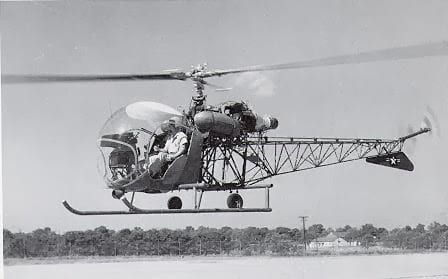 According to some, I “rescued” my 14-year old today and I shouldn’t have.  Ironically, one of the first things I saw on my Facebook feed this morning was an essay in Brain, Child that spoke to this exact issue and would probably have placed me squarely in the camp of “helicopter parent.”

I beg to differ.

As a child, I was fully indoctrinated into the world of toughlove. The world of “pull yourself up by your bootstraps” and “learn to succeed on your own.” And, largely, I benefited from those lessons – the teachers who let me puzzle through challenging lessons without giving me answers, my dad refusing to bail me out when I got myself into debt because I didn’t think ahead, other adults in my life who showed me they believed in my abilities by not stepping in to forewarn me of some misstep I was about to take.  But there were times when I would have done much better knowing that I had support, times when I believed that independence was tantamount to connection and that being able to take care of myself was more important than asking for help. It would have served me very well to know how to even gauge my own thresholds, to know how to assess when I was out of my depth and needed a lifeline. Instead, the message I internalized was that I needed to be fully self-sufficient.

One morning a few months ago, I stepped in to the quiet halls of the school my daughters attend.  The students were all in classrooms, the sunlight streaming through the windows and bouncing off the shiny locker doors. The receptionist sat at his computer typing away with the dean of staff hovering behind his shoulder. They both looked up in surprise as I tugged on the front door, needing to be buzzed in.

“Lola left this on the printer this morning,” I waved a sheet of paper in the air in explanation. The dean rolled her eyes and shook her head at me.  She would have preferred that I let Lola twist in the wind, that she learn a difficult lesson about remembering her own homework.  I felt a wave of shame and defensiveness begin to rise up in my belly but I blocked the words before they sputtered out of my mouth. I turned to the receptionist, kindly asked him to hand the paper to Lola at the next break between classes, thanked them both, and left.

Since that day, I have shown up at the school maybe once or twice to drop off basketball shoes or a hastily-prepared lunch for one of my girls. I will defend those decisions unequivocally and here is why.

As an adult, I cannot claim that I never forget anything at home that I ought to have had with me, despite the toughlove lessons I received as a child.  As an adult, I have the ability to return home in my car to get the things I forgot or use my debit card to purchase my lunch on the fly.  My children do not have that option available to them.  On more than one occasion, Bubba has called me from a business trip to plead that I stop by the dry cleaners to pick up his suit because he totally forgot to do it before he left and he will need it as soon as he returns home. Should I refuse him this kindness in an effort to “teach him a lesson?” I think not. And I won’t do that to my children, either.  I refuse to let Lola go hungry at lunch in order to impart some false sense of wisdom.  Instead, I will offer them the same courtesy I hope my loved ones would extend to me in my time of need.

There are obvious exceptions, and if there is a pattern of behavior that I think needs to be dealt with, I will of course address that in a different way, but it makes me crazy to envision a world in which my daughters are taught that they are the only ones responsible for every detail of their lives.  If that were true, we would all live in a house where we only did our own dishes and nobody else’s and we wouldn’t be able to count on each other to remind us of important events when our brains (and calendars) are overloaded.

Some of the examples of enabling the author called out in her essay felt to me as though they were oversimplified in the making of her point.  There is a difference between ‘rescuing’ our children and teaching them life lessons that will serve them well one day.  I long ago stopped doing all of my girls’ laundry for them, but if Eve has hours of homework to do and her basketball uniform needs a 12-hour turnaround, I’ll offer to help out if I have time. I don’t pay the girls’ library fines if their books are overdue, but when I realized that it was getting to be a problem, I offered to help them brainstorm ways to make it easier to find and return books they had checked out.  Instead of letting them believe that there are only two solutions (Mom does it or I do it), I hope I can teach them that we are all in this together and that makes it a better world for everyone.  Yes, they are ultimately responsible for their own stuff and their choices and behaviors, but there are times where you just mess up and other times when you can’t solve the problem all alone.  I know that the only thing stopping Eve from zipping home to get her own running shoes and socks today at lunchtime was the fact that she isn’t old enough to drive. Given that we live five minutes from school, I have absolutely no problem heading down there to drop them off because I think the lesson here is that I’m willing to help her out when I can. I would rather raise my kids to be compassionate team-players than super-responsible, hyper-independent individuals who refuse to help someone find their misplaced keys because “it isn’t my problem.” I would rather raise them to know that it’s okay to be human and ask other people for help occasionally, that getting assistance doesn’t lead to dependence and lethargy and laziness.  Most of my early adult life was spent pushing people away, feigning that I was capable of handling anything that presented itself. While I felt a great deal of pride in my accomplishments, I was also scared of the next thing that might come along that I might NOT be able to deal with and I was pretty damn lonely.  It feels a lot better to know that someone has my back and if my kids learn that I’m there for them when they can’t do for themselves, I will be able to sleep soundly at night, whether or not you label me a “helicopter mom.”

I’ll Be a Better Mother Tomorrow