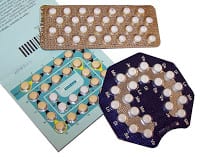 I wish there were a world where girls as young as 10 and 11 couldn’t possibly need access to Plan B.
If there is, we don’t live in it.
And if I’m being totally honest, with this move, I can’t honestly say that I trust Obama to protect abortion rights without requiring parental consent for girls under the age of 17. I don’t see that that is much of a leap from this position, frankly. And that scares the crap out of me.

From the AP Newswire on December 8, 2012:
“Sebelius, overruling the Food and Drug Administration, said there are too many questions about the safety of Plan B for girls who can bear children as young as 10 or 11 years old.”
My response:

Are you kidding me? Where to begin?
1. Overruling the FDA? Honestly? One person decided, despite the legions of scientists and policy-makers at the FDA who actually TESTED THE DRUG, that she knew more than they did? I don’t think so.
2. What about the safety of a 10 or 11 year old child GOING THROUGH PREGNANCY AND CHILDBIRTH? Isn’t that a consideration?

“He [Obama] and Sebelius decided 10- and 11-year olds should not be able to buy the drug ‘alongside bubblegum or batteries’ because it could have an adverse effect if not used properly. He said ‘most parents’ probably feel the same way.”

Bubblegum and batteries can have an adverse effect if used improperly, too, President Obama. When I used to work with mentally ill populations of children I can remember a rash of attempted suicides where the kids would purchase – you guessed it – batteries and ingest them so that their stomach acids would break down the batteries and release the acid inside, killing them.

And since when is policy made based on an assumption that “most _________ probably feel that way?” The reason we have organizations like the FDA is so that policy will follow accepted guidelines of rigorous testing and examination of the implications of different actions. We don’t make decisions based on how we THINK other people PROBABLY feel.

Yes, as a parent, the notion that Lola would need to sneak down to her local drugstore to buy an emergency contraceptive is terrifying. Because she is so young. But what about when she is sixteen? I hope against hope that both of my daughters will feel as though they can come to me if they are in any kind of trouble and I am working hard to create an atmosphere like that in our family. And I’m damn lucky. And so are Eve and Lola. Scores of girls don’t have the luxury of a stable, supportive family. Some girls are neglected, abused, and even sexually exploited by their family members. So, please, Mr. President, don’t use the emotionally evocative image of a 10-year old girl to justify your decision based on fear. Your daughters will grow up. And I hope that they feel comfortable coming to you and Michelle for support when they screw up, no matter what form that mistake takes. In the meantime, there are so many other girls for whom you are creating a hardship and a barrier to taking some control of their own lives, girls who are 13, 14, 15, and 16. Girls who we know, thanks to information professional organizations like the Guttmacher Institute, ARE HAVING SEX and are AT RISK FOR UNWANTED PREGNANCIES.
December 9, 2011/5 Comments/by kariodriscollwriter_fan60j
https://kariodriscollwriter.com/wp-content/uploads/2011/12/bcp.jpg 157 200 kariodriscollwriter_fan60j https://kariodriscollwriter.com/wp-content/uploads/2020/08/web-logo-Kari.png kariodriscollwriter_fan60j2011-12-09 22:06:002020-08-02 18:03:05President Obama Decision Fear-Based, Disappointing

A Testament to Trust