I would like to go on record as saying that I don’t think vaccines are a bad thing, in and of themselves. I do think that they have served an important function in our understanding and the prevention of many diseases. However, I don’t think there is such a thing as a panacea, as much as we would like there to be, and over the past few decades, the medical-industrial complex has become so interwoven with the public health system that I’m not certain it is serving the people it claims to serve any longer.


One example of this phenomenon lies with the development of HPV vaccines. I wrote about this in 2013 here, detailing my issues with the vaccine Gardasil. Since that time, more countries have either banned or started investigating this particular vaccine because of the high number of adverse side effects, and yet in the US, our public health officials continue to advocate for its use within an even wider population. It is now recommended that boys have this vaccine and that all children have it starting at a younger age (an age at which NO trials have been done to determine safety or efficacy). If we were truly interested in long-term public health and not making money for pharmaceutical companies, we would proceed cautiously with this vaccine which has been shown to have some correlation with teenage-onset menopause and severe neurological issues.


Another example of the rush to develop vaccines that (I believe) are unnecessary is the chickenpox, or Varicella zoster, vaccine. Ours is one of the few countries that routinely and widely vaccinates our children for this disease that has not been shown to be deadly in the vast majority of cases. This article found at the National Center for Biotechnology Information illustrates the reason why, after much scrutiny of the matter, the United Kingdom does not push chickenpox vaccines on its children as a matter of routine. The conclusion of the physicians there was that there are two main areas of concern regarding this vaccine:

1. “…introduction of a routine childhood vaccination drives up the age at which those who are and remain non‐immune get the illness and chickenpox tends to be more severe the older you are,”


2. “…what will happen to the epidemiology of shingles if chickenpox vaccination is introduced in the United Kingdom?”


The answer to these questions from pediatricians I have taken my children to are as follows:


1. If your kids don’t get the disease naturally now, because all the rest of the kids are vaccinated for it, they will more likely get it when they’re older, when it is much worse, so they might as well follow the crowd and get the vaccine. What they neglect to mention is that the efficacy of the vaccine has been shown to be between 3 and 5 years, which means indefinite booster shots for the rest of their lives. And if they don’t – say they forget for a year or two when they first move out (like in college, when they’re exposed to tons of different infectious diseases), they’ll likely get a horrible case of it. They also neglect to mention that, had we not developed this vaccine and given it so widely (as opposed to just kids who are immunocompromised or otherwise indicated to have it), we wouldn’t have the issue of kids not getting it naturally.


2. There’s a shingles vaccine. Don’t worry. Great, so now, on top of the multiple chickenpox vaccines my kids will be getting for the rest of their lives, they have to get shingles vaccines?


If you’re a pharmaceutical company, you’ve created a solution to a problem that didn’t really exist. But with the CDC on your side, you are guaranteed to have a captive audience for your vaccines for years to come. And in my state, physicians are given financial incentives (higher ranking with Medicaid and state insurance programs as well as payment) if they have a significant percentage of their patients who vaccinate fully. Thus the pressure I get every time I take my kids to the doctor for a check up.

It seems that, in the UK, they have decided to be more conservative with their recommendation and follow the research instead of the money. Interestingly, it turns out that in households with children who acquire chickenpox naturally, there is a smaller incidence of shingles. What that means is that there is likely a protective factor against shingles for adults living with children who have naturally acquired immunity to chickenpox.
So, why the development of the chickenpox vaccine? Previous to the development of this vaccine, fewer than 100 people per year (out of 4,000,000 who contracted the disease) had complications that led to death. One hundred people sounds like a lot, but that is 0.0025% (or 0.000025) of the people with the disease. And the rest of those people had not only naturally acquired immunity, but some protection against shingles as adults. The normal lifetime risk of getting shingles is 10-30%, but the UK researchers noted that, with a chickenpox vaccine program, the incidence of shingles rises 30-50% until everyone is vaccinated, which could take decades.

In my opinion, this particular vaccine has become a boon for pharmaceutical companies despite the fact that it protects very few people from the serious side effects of childhood chickenpox and instead, opens up an entire generation of young adults to risk for adult chickenpox infection and future shingles. If you add in the risk associated with multiple vaccines (some reported side effects of the Varicella vaccine include shock, seizures, encephalitis, thrombocytopenia and Guillian Barre syndrome), you’re looking at a lifetime of risking your health again and again versus the risks associated with acquiring chickenpox naturally and suffering it’s side effects.

Back when vaccines were first developed, they were designed to combat highly infectious, deadly diseases, and they were mostly developed by pure scientists who had little financial stake in the outcome. These days, pharmaceutical companies who are concerned with their stakeholders’ satisfaction commission their own scientists to create vaccines that may or may not be immediately necessary (the “fast tracking” of Gardasil is one egregious example of a corporate push to market that was altogether unnecessary) and gradually increase the population and number of boosters that are given, continually growing their market share. Until we can be assured that the entities who are recommending the vaccine schedule have no conflict of interest and have done truly independent studies on safety, efficacy, and necessity of each and every one of the vaccines on our current US schedule, it is unfortunately up to the consumer to advocate for themselves, their families, and follow the money. 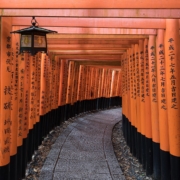 Why Gardasil Makes Me Nauseous

Diving In, Part Two (Or, Why the Vaccine Debate Isn’t Cut and Dried)