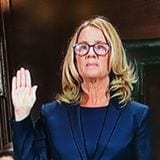 On The Feminist Wire Today

Can We Please Stop Telling Girls and Women to be Polite?
5 replies