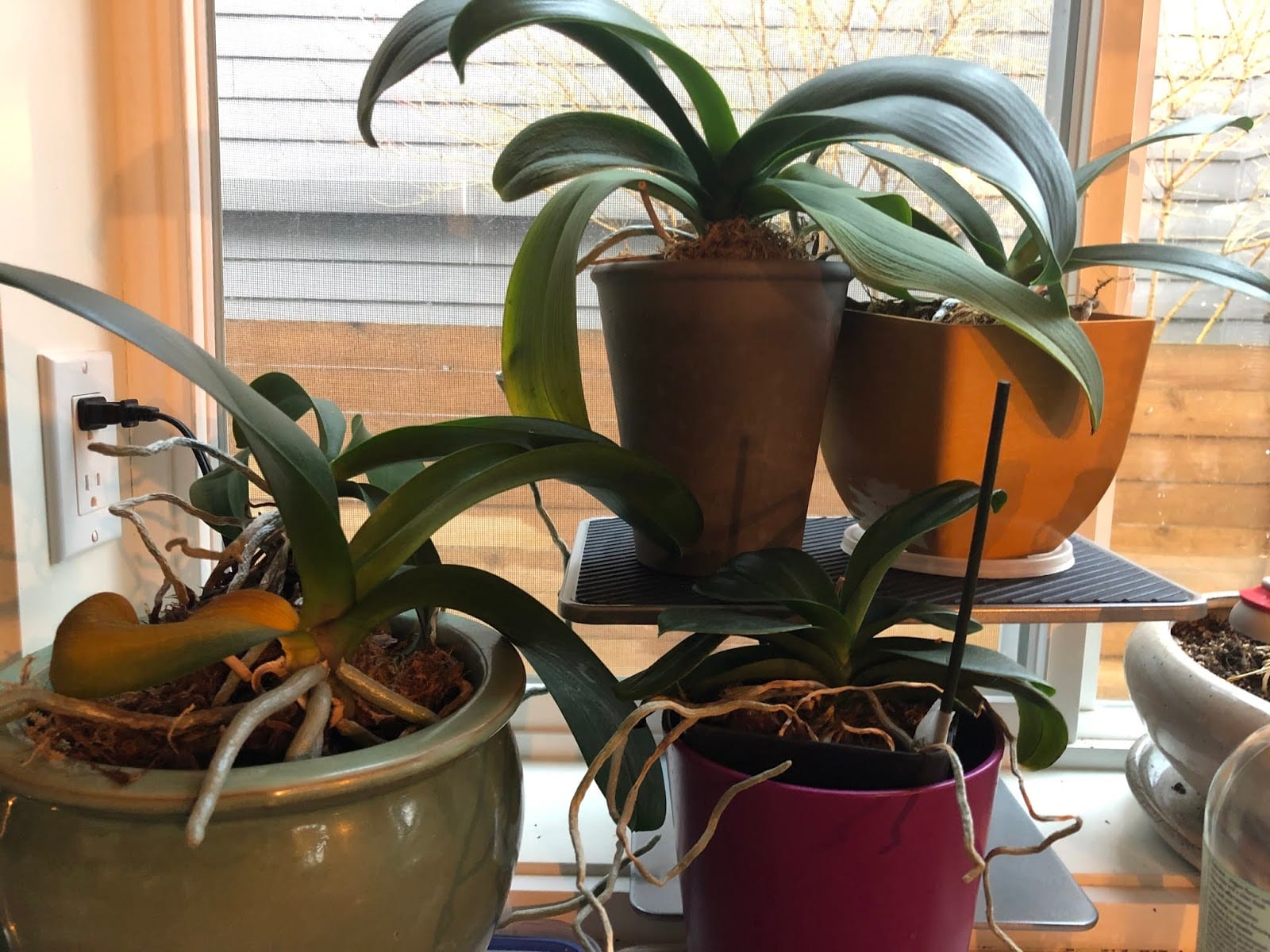 I have orchids in my kitchen window – five medium-sized plants that I’ve been gifted over the years that I coax in to blooming about once a year. I’m always surprised and rather pleased when the stems begin poking out from the folds of the thick, dark green leaves and I’ve somehow managed to keep them alive enough to show their gorgeous flowers at least one more time.

Someone asked me once how I do it – what’s the secret. She had never been able to get an orchid to bloom again and she was keen to understand.

Benign neglect, I said. Honestly. I keep them in the kitchen window not only so the cat and dogs won’t devour the leaves and unruly air shoots, but also so I remember to give them water every few weeks.

The last time I saw Mom, I sat with her in the dining area and fed her soup and while I was terribly happy to be with her, I may as well have been one of the staff who feeds her. I focused on making sure I didn’t rush her, that she was eating enough, that the soup didn’t go cold and feel awful in her mouth. I talked to her in a constant stream of consciousness banter, much like I had with my children when they were little, sitting in a high chair, opening wide when they saw the spoon coming in. The woman who sat across from us fed herself and tucked napkins and plastic cups and other people’s spoons in to her bra and when we made eye contact she said, “you know she doesn’t understand you. She doesn’t know who you are.” 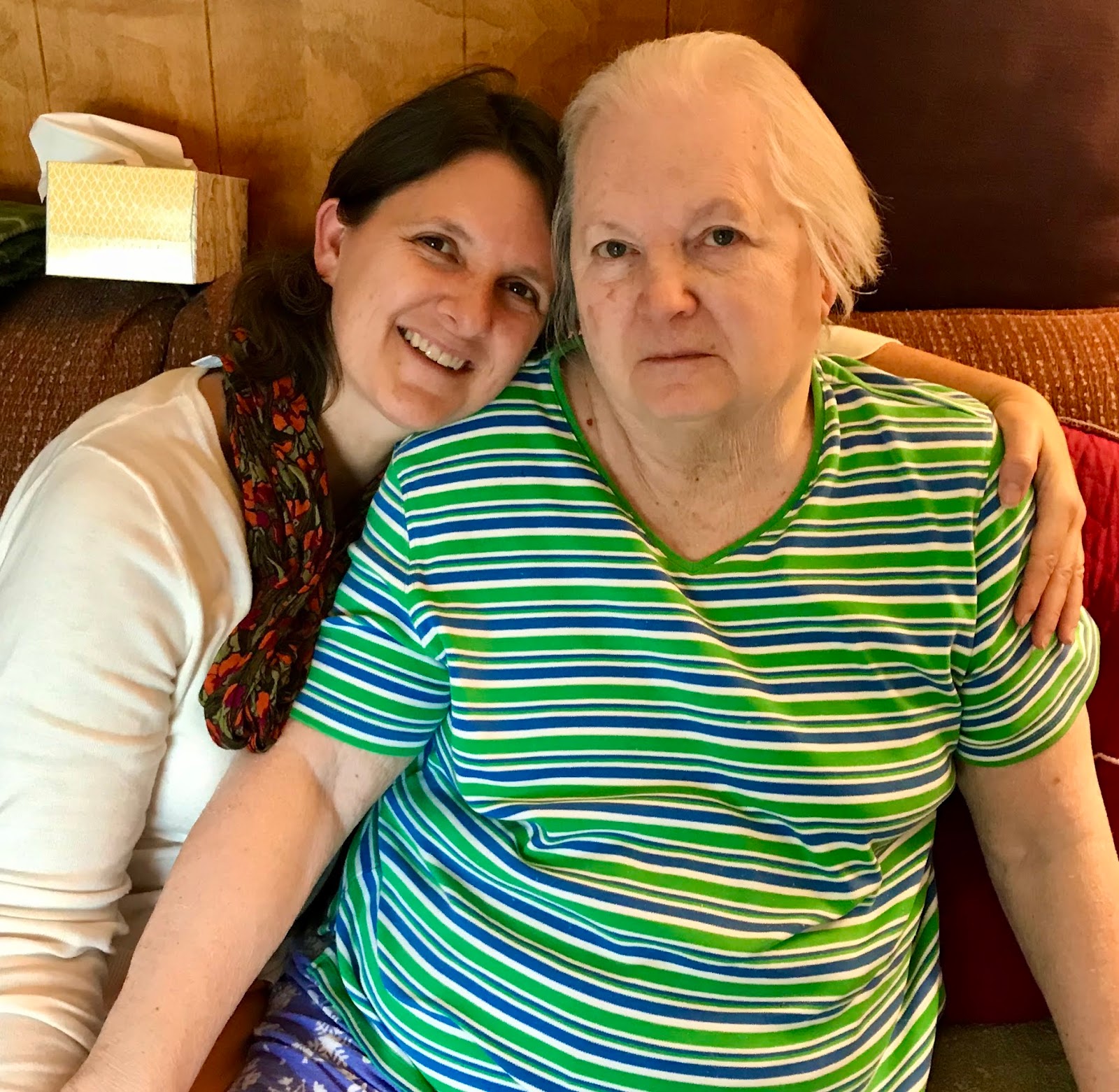 In the months when the orchids aren’t blooming, I wonder if this is the year they just won’t throw up those showy flowers. I fret about the roots that stick out like bedhead, but I know I can’t trim them or tuck them inside the pot. I have to let them reach out and take the moisture from the air, but they encroach on the dish drainer and bump in to the windowpane and I brush against them when I turn the faucet to hot.

About once a month I carefully lift each plant and place it in the deep kitchen sink. I dissolve the sky-blue crystalline orchid food in a gallon jug of warm water and drench each one in turn. The bark soaks up the water and I think about how orchids cling to trees in the tropics, absorb nutrients from rocks and soil and exist in nearly every corner of the planet. They are both delicate and ubiquitous. They need me and they don’t. Benign neglect.

Mom stopped knowing who I was nearly four years ago. Before that, we spoke several times a week on the phone about whatever was easy for her. The weather, mostly, because all you have to do is look outside to talk about that. There is no need to try and remember details or conjure up names, and even when she couldn’t think of the word for rain, she could still say “water falling from the sky.” I saved the last voice mail she ever left me, not really knowing it was the last one, but when I dropped my phone in a parking lot at the grocery store a year ago, it disappeared. I can’t tell you how sad that makes me.

I have a microcassette sitting in my closet that I know has her voice on it, but I haven’t listened to it yet. I found it last year when I cleaned out her bedroom, sorting through shoes and piles of old bills and cancelled checks and the cough drops she hoarded in every pocket, bin, and drawer she had. I don’t have a micro cassette player, but I took the tape so that I can one day hear her voice again. I can’t imagine what she was recording, but it doesn’t really matter.

A leaf on one of the orchids has gone yellow. They do that sometimes and it always makes me worry, but after a week or so, I carefully cut it away and just keep with the program. I wonder how they know to re-direct their energy toward the rest of the plant and let this one leaf wither away. I wonder if I’m making it worse by surgically removing the dying leaf or if I’m giving it a leg up. I like to imagine I’m helping.

I wonder if it’s silly to think of mourning that part of you that is no longer needed. Being sentimental about one path when what you really need to do is refocus your efforts in another direction might be a waste of time. If cutting this withering leaf off means that the plant can use that energy to bloom again, maybe it’s the right thing to do. I suspect plants don’t exist in terms of Right and Wrong and it’s only human beings that try to make meaning where there is none. This is just the way life works.

I like to think that Mom is beloved. The last time I visited her, one of the caregivers remarked to me that she really enjoyed being around my mom, that she was very sweet. I don’t know if she says that to all the families or not, but it made me feel good. Mom was always fiercely independent and hated asking for help, so when she first moved in to the care facility, even though she didn’t have the words to fight, she fought in other ways. It was hard for her to be taken care of, and I worried that it meant she would be a difficult patient. 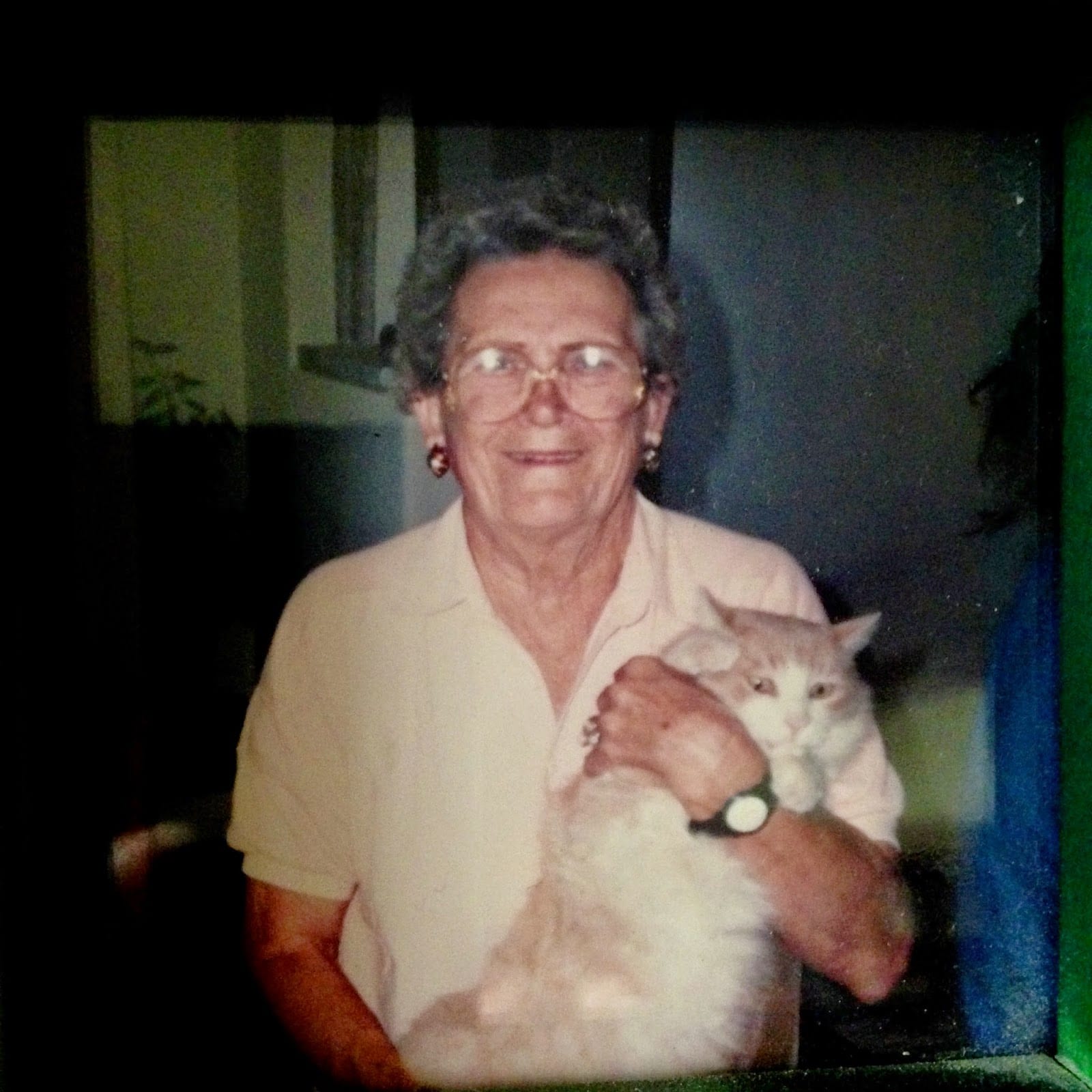