Slowly but surely, inexorably, every step this country takes pushes us farther into a corner. It didn’t start with 9/11, but it certainly accelerated our descent into fear, and we are now reaping what we have sown. A populace who succumbs to the shouted words of its leaders to “protect yourselves,” “be alert,” “report suspicious activity,” and complies, putting police officers in schools, adding security protocols layer by layer, selling military-grade weapons to local police departments – this populace has come to this: snipers on rooftops shooting at peaceful demonstrations, punching each other at political rallies, spending millions of dollars attempting to block individuals from using public restrooms.

How can we be surprised? When we have all listened to the rhetoric that warns us about the Other?
How can we feign shock when we have been conditioned to look for what separates us and be on guard?
When our politicians increasingly skip over the step of diplomacy and build coalitions to “bomb the shit out of [insert country/terrorist group here],” can we not see how much of our collective American psyche is built on fear?

The thing about fear is that it is necessarily reactive. We like to think it is proactive, that we are simply PROTECTING OURSELVES, but the act of protection means that there is something we are afraid of. And in protecting ourselves, we build walls, we isolate ourselves and retreat into tight spaces where often the only recourse is to fight our way out. We have bought into the idea that in order to be safe, we must be feared ourselves, and so we arm ourselves with weapons and hateful words to be used against others.

And this fear takes on a life of its own – it prompts someone to report a suspicious character simply because of the way he or she is dressed or to be kicked off of an airplane for being middle eastern and doing math.

It takes us to the point where we are so fearful of sharing a public restroom with someone who doesn’t look like us, act like us, think like us, that we try to enact laws to keep transgendered people from peeing in the stall next to us.

The United States has become a country whose primary focus is on protecting itself, whose primary motivation – by default – is fear. It will only get worse from here unless we make a conscious effort to elect officials who come from a place of community, openness, shared humanity. The only thing we will get from fear is more fear. 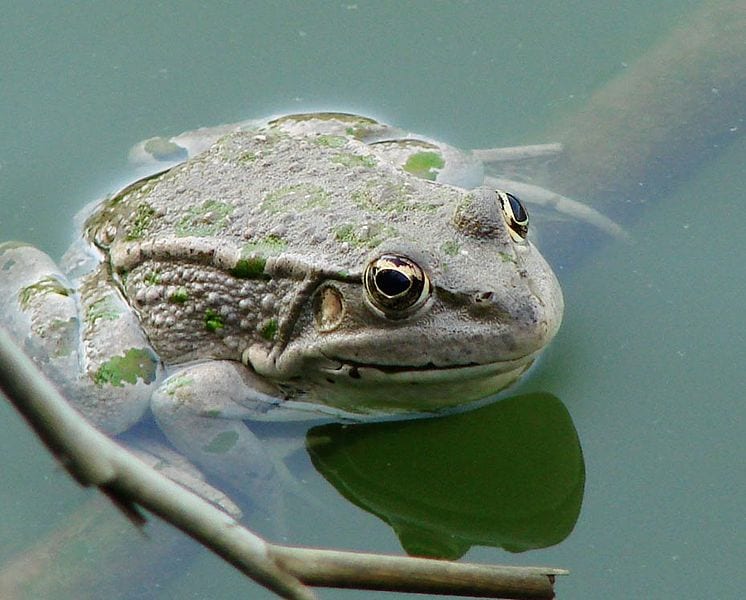 There is a saying that has been rattling around in
my head for the past several days – ever since the terrorist attacks in Lebanon
and France last week, to be honest. You can put a frog into boiling water and
he will jump out. But you can put a frog into tepid water and raise the
temperature slowly and it will stay in there and allow itself to be boiled to
death.
I believe that this is what is happening in the
world right now. The acts of terror that have been recently committed are ones
that are reminiscent of a pot of boiling water, to be certain. But the rhetoric
of Republicans in the House of Congress and GOP governors and GOP presidential
candidates who want to deny refugees and propose tracking programs or selection
based on religion are a sign that the water is being heated to boiling around
us and it’s time we noticed and got the hell out of this pot.
Donald Trump and Ben Carson, Jeb Bush and John Kasich (and their cohorts
Carly Fiorina and Ted Cruz and Marco Rubio) have been saturating the news with
their ever-increasing intolerance of anyone who doesn’t look like them,
think like them, talk like them. But if you look back at the things these
individuals have said and done in the past, there is a recognizable trajectory
of hatred and isolation. The problem is that because it has been ratcheted up
over time, each individual statement doesn’t seem that much worse than the one before. But we are about to boil over.
Consciously or not, it is this phenomenon that leads many sexual
predators to groom their victims. Many young children become convinced over
time that someone in their life is safe because they don’t act in sudden,
shocking ways toward them. Small incidents might seem a little odd, but often there
is no real alarming behavior to point to – it is like climbing a staircase.
Suddenly you’re at the top, and the perspective from up there is very
different, but if you weren’t paying attention to how you got there, it is
difficult to determine where you might have interrupted your path. Victims of
sexual and physical abuse are often questioned as to why they didn’t say
something or fight back or simply leave, but often the progression of events
was subtle and continuous and it is confusing to think about when or why you might
have noticed that something was wrong.
I believe that a great many people with good intentions end up following
politicians like Trump and Carson because they simply didn’t understand how hot
the water was getting. It is only when you’re on the outside looking in that
you can see how shocking it has become. Many of the statements that have gone
months before – from Carson saying that a Muslim shouldn’t be President of the
United States to Trump demonizing immigrants – led up to a climate of “otherness”
and intolerance that meant that Trump could stand up in public with his hands
spread wide in a gesture of “isn’t it obvious?” and say that every Muslim
person allowed into this country ought to be registered and monitored closely.
He seemed shocked that anyone would disagree that this “management” idea was a
breakthrough. Except that it was pretty much what Hitler did to Jewish citizens
just before World War II.
It’s getting hot in here, folks, and if those of us who have voices don’t
raise them up to point out what is going on and work to turn down the heat, we’re
all in a fine kettle. We might think of all of this as the consequence of
living in a country where we have freedom of speech, but when our elected
officials and presidential candidates are actively talking about how they would
plan to persecute people based on their religious background, it’s time to shut
this shit down.
November 20, 2015/3 Comments/by kariodriscollwriter_fan60j
https://kariodriscollwriter.com/wp-content/uploads/2015/11/Frog_in_Water.jpg 600 746 kariodriscollwriter_fan60j https://kariodriscollwriter.com/wp-content/uploads/2020/08/web-logo-Kari.png kariodriscollwriter_fan60j2015-11-20 18:47:002020-07-30 23:49:58It’s Time to Get Out of the Water