I heard someone say once that the reason we get defensive when someone insults us is because there is a part of us that believes in the veracity of the insult. Think about it. Don’t we usually come back with, “No, I’m not!” or some such defense or proof that we are not, indeed, guilty of whatever our accuser has said we are guilty of? I know I do that. Once someone says something about me (unless it’s my kids – I long ago figured out how to let go the slings and arrows of being told I’m the meanest mother there is), I am immediately driven to prove them wrong. I see my girls doing it with each other, too.

“She called me a butthead!” Lola shrieks.

She is offended. Until she realizes that her bottom is most definitely not on her head and giggles. I remind her that just because Eve is older than her and flung the insult with a great deal of passion, does not mean that Lola is, indeed, a butthead. And if she were one, is that something under her control or not? If not, then it isn’t much of an insult, is it? That’s like calling the dog a dog. No matter how loudly or indignantly you say it, it’s just the truth and not derogatory. It isn’t his fault he’s a dog. He just is.

Like most of my parenting tactics, however, it seems that I must repeat this speech for both girls somewhere between half a million and two billion times before they actually either recall it on their own or think long enough to apply its actual meaning to this particular situation.

Why is name-calling so effective? Who first discovered that it had the power to stop another human in their tracks? Name-calling is like the sound bite of relationships – rarely accurate but effective at grabbing attention. I know that when my girls descend into “jerk” and “idiot” they have simply stopped attempting to solve whatever misunderstanding they are having and are simply trying to get the point across that they are MAD. I’m pretty sure the names are designed to hurt feelings, too, although neither of my girls would admit that they purposely wanted to hurt her sister. When we all sit down later to discuss the issue, sometimes I ask them for a character sketch of a jerk or an idiot or a butthead and, once we have all of the traits down on paper, it turns out that neither of them fits the description. So why is it so much easier to label other people with mean names than it is to say we are simply angry or frustrated or hurt?

I wonder if it is because calling someone else a name puts all of the blame outside ourselves. If we admit that we are upset, not only does that make us seem vulnerable, it somehow invites personal responsibility into the mix. If you are a jerk, however, it must be all your fault and I am teflon-girl. Certainly when I am accused of being a jerk or an idiot I have a moment, however fleeting, of panic. Is it all my fault? Did I make a huge mistake? What have I done?

Around and Around We Go 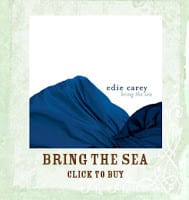