There is that moment when our brain strikes a flash, “I’ve seen that person before.” “I know that woman.” “What is his name?” We pass by them at the bank or see them in the frozen food aisle of Trader Joe’s or catch sight of them at our daughter’s basketball game. Who is that? It takes a few moments, or sometimes we can’t reel in the reference at all because it’s out of context.

Our brains, these wonderful computers that enable us to process information and put together bits and pieces of sensory input to make sense of the world, like context. They like to be able to put like with like. This set of people belong to the PTSA at Junior’s school. These other folks go in the category of co-workers. God forbid you run into the medical assistant in the lobby of the cinerama, because that doesn’t make sense. Our brains don’t like well-rounded references. The medical assistant belongs in scrubs at Dr. Steeke’s office. Period. He doesn’t have a life beyond that. Does he?
Sunday Eve and I headed to the office supply superstore for more binders and just as my head was deep in a debate of the relative merits of dividers with pockets versus those without, I heard my name called. Turning in response, my eyes took in the tall blonde woman a few feet away. The fluorescent lights reflected off of her John Lennon glasses and she wore an enormous smile, clearly pleasantly surprised to see me. Her head tilted to one side and next to her was a cart full of notebooks and pencils, dry erase markers and post-it notes. It took me a minute.
In that minute before I “placed” her, what I saw was a lovely woman, about my age, who was relaxed, open, and ready to engage in conversation. As soon as my brain caught up with my senses, I was able to recall exactly where I knew her from, but my experience of her narrowed. Not in a bad way, but suddenly there were parameters around her: she does ‘x,’ likes to do ‘y,’ and knows ‘Sally, Jesse, and Rafael.’
Two weeks ago, Bubba and I went out to the movies together. As I stood in line to buy tickets, a tall, handsome gentleman popped out of the lobby to call to a large group of people waiting on the sidewalk. He waved them over, embraced a few of them, and they all headed inside together. It took me a few minutes to realize that he is the girls’ pediatrician. Not only have I never seen him out of his lab coat and giraffe stethoscope, but I’ve never seen him after dark. Or with his family. As someone who isn’t there to serve my needs.
All too often we let our brains trick us into thinking that we know more about other people than we really do. While it is indisputably useful to be able to recall information as sets of data that fit together, I wonder whether we might be well-served to occasionally see people “out of context.” Setting aside our previously constructed containers for the people in our lives may help us to broaden our understanding of each other. The first time I ever saw Bubba in a work setting I was completely floored. The first time I watched him draw with our daughters I was brought to tears. Despite the fact that we have known each other for over twenty years, I have new things to learn about him as well. There is no doubt I can learn more about the rest of the people I think I “know.”
February 15, 2011/8 Comments/by kariodriscollwriter_fan60j
https://kariodriscollwriter.com/wp-content/uploads/2011/02/reldiag.gif 200 155 kariodriscollwriter_fan60j https://kariodriscollwriter.com/wp-content/uploads/2020/08/web-logo-Kari.png kariodriscollwriter_fan60j2011-02-15 15:35:002020-08-02 18:11:37Out of Context

Who Am I Today?

The Grand Canyon is Not 100. And I Have Not Been Married for 25 Years

Getting Right With Me 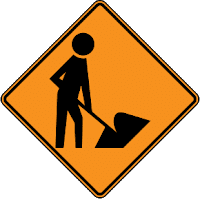