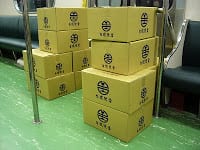 Just before the beginning of the school year Bubba and I had a serious conversation about moving. We live about 20 miles from Eve’s school; a commute that can take anywhere from 30 minutes to over an hour depending on traffic, the weather, and the time of day. Lola goes to school a mere three miles from home, but will start at Eve’s school this fall and, as girls are wont to do as they reach adolescence, their focus is becoming increasingly outside the home. Eve is desperate for sleepovers and shopping dates with friends. She plays sports and is interested in going home with friends after school. With Bubba’s travel schedule, I often have to decline invitations for her to engage in after-school activities because it means Lola and I will spend two hours in the car, round-trip, at the end of an already long day.

I started the ball rolling, knowing that it would be a difficult conversation. We live in a fantastic neighborhood on two and a half acres bordering a creek, yet only three miles from a city with all the conveniences we could want. Our neighbors are friendly and supportive without being intrusive and over the years we have added things to the house that have made it our own. Over a period of months, however, we have all come around to the notion that living closer to school would make all our lives easier. Instead of leaving the house at 7:15, Eve could sleep until then. I could attend evening Parent-Education seminars or PTSA meetings with regularity. The girls could easily go home with friends after school without major reorganizations of carpool schedules or one of them having to bring snacks and a book for the car ride to pick the other one up.
We have the luxury of time, knowing that we won’t be moving until school is out in June, so I have been poking around neighborhoods near the school to see if there is one that feels right for our family. I have also had the entire inside of our house painted, the trees in the yard pruned professionally, and I have begun packing up some of the things that may seem like “clutter” to a potential buyer. Many of the photos have come down from the walls and boxes of books have gone to the local used book store. I have purged the last of the toddler toys and clothing we had lying around. But there are some things I simply cannot do on my own, so yesterday Bubba and I spent three hours in the garage making piles of garage sale items, recyclables, garbage, and things to donate. It is a beautiful sight. Never before has the garage been so clean and organized (no, not even when we moved in since the recently bankrupt builder left all of his sh*t behind when he left). Next weekend we will make a trip to the dump to get rid of all but the donation and garage sale items. I can’t wait.
Naturally, last night my mind turned to thinking about what I could do next to prepare the house. I decided to hold off and revel in the feeling of accomplishment for now, telling myself that Bubba wouldn’t probably tolerate another plea for marathon cleaning for a while yet.
And then, around 5AM, we heard the sump pump cycling continuously. My subconscious tried to ignore it and when Bubba got up to investigate, I reminded myself that it couldn’t be anything major. Those things only happen when Bubba is out of town and I have to deal with them on my own. But by 6AM it was clear that something was happening. The closet where the trap door to underneath the house is had been entirely emptied and Bubba was crawling around down there with a flashlight and our curious cat. A pipe had come loose thanks to the hundreds of gallons of water shooting through it and we needed to shut off the power to the pump and call a plumber.
By noon the pipe was fixed and the plumber declined to charge us since he was the one who had put the defective pipe in to begin with. I couldn’t believe it. What a day – first Bubba is home when something like this happens, and then the repair is entirely free! As I began replacing all of the items back in the closet, I realized the Universe had just handed me my next project. I hadn’t seen many of these items (duffel bags, ski equipment, an old steam cleaner) in years. Rather than putting any of them back, I spent the next two hours sorting them in to the piles in the garage and now the closet is tidy and vacuumed and contains things we might actually use. There is no way I would have thought about this closet until it was time to move without the sump pump breaking.
I am grateful that I was able to clean this closet out before my trip to the dump. That said, I think tonight I’ll just take a hot bath and not wonder what my next project ought to be. I think tomorrow will be a day of rest.
January 31, 2012/4 Comments/by kariodriscollwriter_fan60j
https://kariodriscollwriter.com/wp-content/uploads/2012/01/packing.jpg 150 200 kariodriscollwriter_fan60j https://kariodriscollwriter.com/wp-content/uploads/2020/08/web-logo-Kari.png kariodriscollwriter_fan60j2012-01-31 01:43:002020-08-02 18:00:14Ripples…