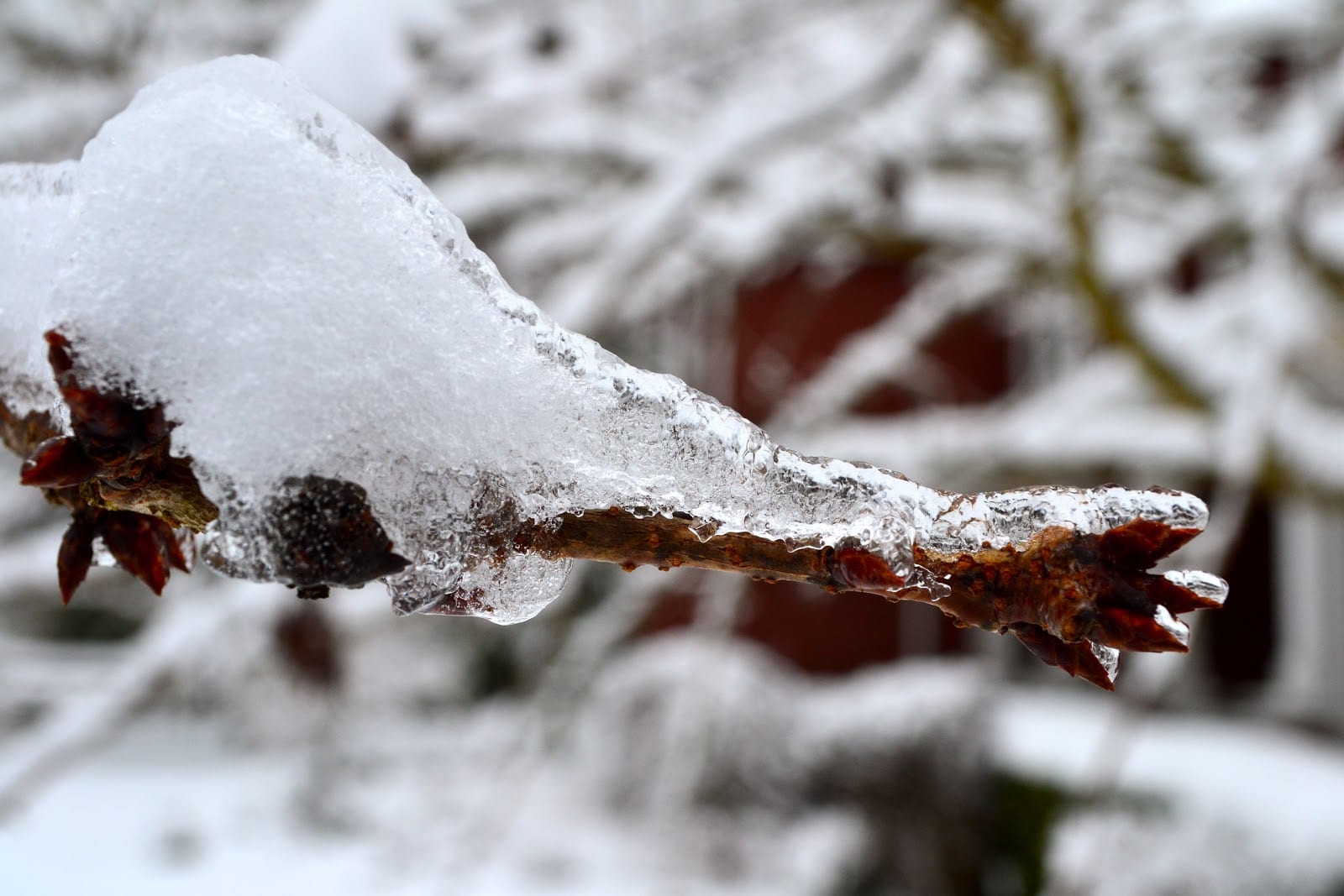 I finished my Christmas shopping yesterday.  And before you stop reading and curse me, letting phrases like, “F*&^ you!” and “well, la tee dah” fly, I want to take you on a thought journey.  Please. Indulge me.

It all began with an afternoon latte and a friend who was talking about a business class she once took. Never mind that the entire notion of her taking a business class shook me nearly out of my seat – she was a theater arts major with a beautiful singing voice and I have known her for more than half our lives. I didn’t have the presence of mind to stop her narrative to ask, WTF? You? Took a business class?  She is a fast talker – my father used to call those of us who love to talk ‘motormouth’ – and she blithely continued on before I could stop her. Good thing. Because she started talking about something called manageable chunks. Not prioritizing or triaging or anything that places importance on one set of tasks or ideas over another, but manageable chunks. And it occurred to me that this is a vanilla enough phrase that it can mean many things to many different people.  And that is precisely why I liked it.

You see, for me, editing my latest book review was not manageable yesterday. Neither was phoning my naturopath’s bookkeeper and then the insurance company and then the administrator of my HSA to talk about why my deductible has not yet been met even though it is nearly the end of the year.  Even less manageable for me would have been sitting down to crunch numbers on the landscape project Bubba and I are toying with doing.  Manageable? Shopping. Driving to some cute local stores to look at stocking stuffers and purchase a book or two to round out my holiday gift lists.  Coming home and hauling all of the wrapping paper and ribbons out of storage and staging a Santa’s elves helper area for the girls to fully immerse themselves in – that was manageable. Yesterday. I’m not saying it would be next Tuesday.  Or any other day. But yesterday, that was the one piece of my To-Do List that I felt I could tackle with the mindset, energy and ability I had.

And then, as the girls and I sat swapping scissors for tape for ribbon and doing our best to make all of the packages pretty despite the black fur that was sticking to everything (we were wrapping in front of the fireplace which is where the dog and the cat do most of their lounging), I saw it on the news.  A lone, masked man entered a busy shopping mall in Portland, Oregon yesterday and began shooting randomly, killing two people and wounding a 15-year old girl before killing himself.  I have been in that mall many times.  My sister used to work there.  My friend Carrie took her son to see Santa there 24 hours prior to this horrible incident.  I was struck still.  No thoughts, very little breath, no movement.  No emotion, even, for a moment in the beginning.  And then I was sad and then grateful that more people weren’t injured. And then I wondered who this poor man was and why he felt as though he had to do something like this. And then I was still again because I have no answers. And that is where I stayed (mentally) until now.

Logically, I know I don’t have all the answers. Viscerally, I disagree entirely.  Logically, I don’t even want to have all the answers. God forbid someone call me up one day and say, “Kari? Good, you’re there. I’m taking a break for a bit and I need you to mind the Universe until I come back, okay? Thanks.”  I would wet myself.  I would stutter and sputter and perhaps vomit.  Because that, my friends, is a lot of responsibility.

But sometimes I fantasize that whomever that person is that is in charge will call and ask me for one piece of the puzzle.  That I can eloquently and articulately present my argument for, say, organic foods or holistic health care or safer environmental practices and leave them saying, “Damn! You’re good! Of course we will implement that right away. We are so glad we asked you. Can we keep your number in case we have other questions?”

Often I rail at the powers-that-be who must surely possess the wisdom that I have and, yet, are not doing a damn thing about it to change some of the major things that bother me: poverty, environmental degradation, and human rights abuses, to name a few.

And before you think you know where I’m going with this (manageable chunks) I will throw you for a bit of a loop.  Because it occurred to me that every moment of every day there are things being done.  Things that I don’t even know about or understand and didn’t set in motion.  And while they may not entirely cancel out or eradicate the things that make me gnash my teeth in anger or frustration, they constitute motion.  It occurred to me that, even as I notice a new crack in my index finger – a result of the eczema I deal with every year at this time – my body is working to repair some other damage or create some new cell somewhere else that I can’t see.  So maybe I can give my finger a leg up by slathering some cream on it and trying to keep it out of hot water and mitigate some of the work my body has to do so it can use it elsewhere.

I am surely part of the solution, but only part.  And I can only operate within the boundaries of what I know as Truth (remember this post?) and do the rest of the Universe the enormous favor of not challenging every damn little thing it says or does.  Because I don’t have all the answers. And I can’t see the whole picture, but I do know that everywhere, simultaneously, throughout this vast wondrous place we live in, healing is happening at the same time as harm.  And I believe with a very strong conviction that as long as I stick to my manageable chunks, progress is being made.

Ironically, admitting that I don’t have the answers is a little, teensy bit freeing.  While the Teacher’s Pet in me is right now kicking my shins furiously and sticking out her tongue, it is a huge load off to accept the fact that perhaps I don’t have to go out there and fix things all the time.  And it is an even bigger revelation that part of the reason I have avoided certain people and situations in my life is because I felt as though I was expected to provide some solution that I honestly did not have in me.  While I generally chalked those avoidances up to less enlightened things like, “She’s a total freaking mess and it’s not my responsibility” or simply, “He’s an ass,” it turns out that what I was really avoiding was the fear of acknowledging the simple truth that I DON’T KNOW WHAT TO DO IN THIS INSTANCE.  Once I face that fear and shove it out of the way, there is room for compassion – both for myself in all my ignorance and for the other person who must be feeling really shitty right now.  Having spent most of my life trying to convince everyone that I was mature/intelligent/capable enough to handle anything, it’s a little bit of a turnaround to suddenly realize I’m not any of those things.  I suspect it will take practice. Lots of practice.  And faith that somewhere, someone has a few of the answers I don’t have and still others have their particular pieces of the puzzle, and me? I have my manageable chunks and my not-so-manageable chunks and I have a few answers. Just not all of ’em. 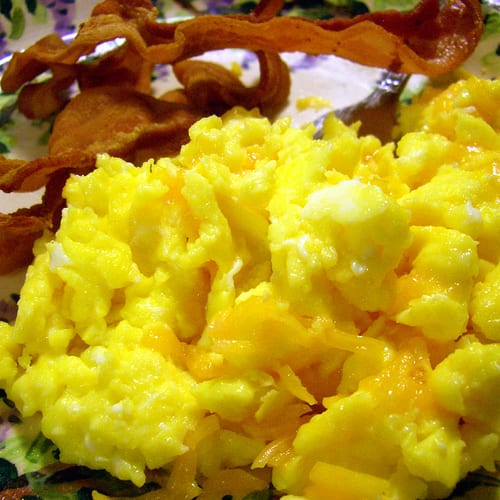 “The Compassion Gap” and Other Musings
1 reply