I was planning on writing a post today about yesterday’s breakfast with Donna Brazile (and roughly 699 other people, but still…).  It was pretty amazing, especially given that I got to hang around with a few dozen other people afterwards for an hour or so to ask her questions.  Sadly, that post will have to wait because I have a little rant I’d like to go on.

As most everyone knows, Twitter went public yesterday. Now, I will be the first to admit that I know very little about the nuanced workings of an IPO or the stock market itself, and I will also tell you that I have no intention of learning the ins and outs of this convoluted financial game in this lifetime.  I will say that, although I am certain I have benefited from the knowledge of others and their investments on my behalf, I still think this game is the most ridiculously rigged American institution out there. To me, it seems like one of those high-stakes poker games that only the crazy-rich or wildly bold really profit from and the story I heard on NPR this morning only solidified that for me.

You see, even though the vernacular states that Twitter “went public” yesterday, the truth is, they went private the day before.  They sold initial shares to huge investors at $26/share on Wednesday and by the time of the opening bell of the New York Stock Exchange on Thursday, the shares had shot up so much that most regular investors were shut out. Not to mention the fact that most regular investors couldn’t even have gotten leverage to buy a share even if it were within their price range. Most of the trading yesterday benefitted the folks who were allowed to get in at the $26 price and those who hold massive influence on the floor of the stock exchange because they have enormous client lists and lots of money to burn.  NPR talked to one Texas stockbroker who was hoping to purchase some stock for his clients, but was unable to because of the skyrocketing price.

Now, think for a minute about what happened here.  A visionary company made a boatload of money for their efforts. That’s kind of cool. But more salient is the fact that lots of rich investors made themselves richer while shutting out smaller investors whose profits would likely have gone more directly back into their communities.  Even if you still believe in trickle-down economics (don’t get me started – I am no economic wizard, but I have read and witnessed enough in my short lifetime to think that was all a giant scam), what are the odds that the astronomical sums of money made by these large investors yesterday will find their way down to the middle class?

To paraphrase Donna Brazile (hey, I worked in a reference to yesterday after all), if you aren’t part of the group when the rules are being written, the deck is likely stacked against you. If the rules are written to benefit one group of folks and you can’t add your voice to the discussion, you’re never going to win. What would happen if we made it easier for smaller groups of individuals to invest in the stock market and initial public offerings? What sense does it make to keep shuffling the deck to give the money out to the same folks over and over again? I know Twitter was handsomely compensated for their hard work and innovation and I appreciate that.  But offering pre-sales of popular stocks to those who already have money is like saying the families who can afford to pay for their kids to attend private pre-schools will get first right to enrollment in the Head Start program.  I know that engagement in the stock market is not an entitlement and I am not advocating priority for anyone. It just seems ludicrous to me that there is such an uneven playing field that virtually shuts most of middle-income folks out of the game when they could be benefitting and investing in their communities with the money they make by helping to support their own families. It is disgusting to watch the ever-increasing rolls of those living in poverty whose food-stamp benefits are being cut while others are literally making money hand over fist after being allowed early purchase of IPO stock. Am I the only one who feels this way? 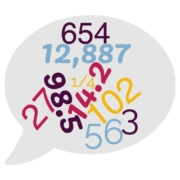 Those Numbers Don’t Mean What You Think They Mean

We are Reaping What We’ve Sown in the United States