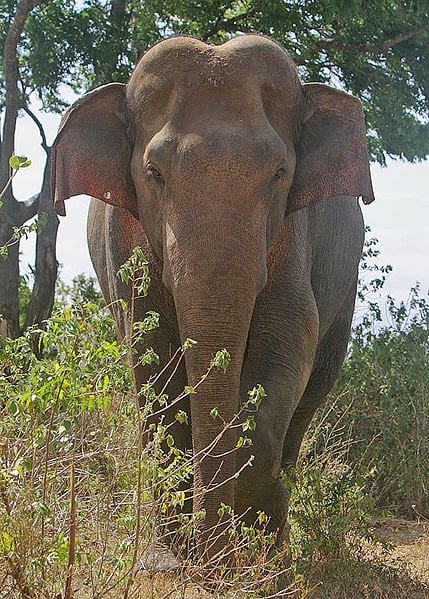 If we don’t listen, it’s easy to forget that someone else’s perspective might be incredibly valuable.  Last October, Gloria Steinem told this story to a room full of people I was lucky enough to be in.

She had traveled to Africa to attend a summit on sex trafficking with many, many organizations and governmental representatives all gathered together to come up with ways to combat this rising challenge.  During a break in the meetings, she was approached by a woman who asked her to travel with her to a small village where several women had recently been lost to this trade. Gloria was flattered and shocked, unsure of what she could do to help this small village, much less how she would manage to communicate with the villagers, but she went.

She described a scene where a feast was prepared and blankets spread out on the grass, with all of the women in a circle ready to address her.  Translating their concerns was difficult, but they found a way to get their request across – the women of the village wanted elephant fences.  Gloria was confused. What do elephant fences have to do with sex trafficking? The women explained:

The livelihood of this village was largely dependent on growing maize.  Over time, though, as elephant habitats become smaller and smaller, the elephants discovered the fields of maize and came  to the village to feed on them.  This left the village in dire straits – they had not enough maize to feed their own families, much less to sell to others.  It is because of this that three young women traveled to the nearest large city to find work to send home money to support their families. When they arrived in the city, they were kidnapped and sold as sex slaves.  The rest of the villagers reasoned that if they raised the equivalent of a few thousand dollars to erect fences that would prevent the elephants from eating their maize, they could keep their young women from having to leave the village to find work.

Gloria was stunned by this simple solution – one that nobody at her enormous conference would have come up with. She traveled back to the city and worked for several days to raise money to build the fences.   More than that, she demonstrated the power of listening. By traveling to the village to hear the ideas of the people most affected, she was enabling them to empower themselves and helping them find a way to prevent their girls from being sex-trafficked.  It is not a solution for the many, to be sure, but for this village it was monumental. And it cost mere pennies compared to the proposals being raised at this multinational conference, most of which were not preventative solutions, but punitive ones for the traffickers themselves.

I am so often struck remembering this story as I read stories in the news about government agencies or non-profit organizations who are puzzling over potential solutions to poverty, hunger, major health issues, and violence in particular countries or communities. The first question I ask myself these days is whether the folks with the leverage and money to provide help have asked the communities in question for their stories, their ideas, their solutions. Bringing American-style answers to questions that exist in non-western countries may turn out to be wasteful or overkill and it may well be that if one or two people listen to the individuals living with the struggles and ask for their perspective, they can come up with simpler, more comprehensive solutions.

It seems obvious, but it is so easy to get caught up in our own viewpoint and the belief that wanting to help is enough. I do the same thing with my kids all the time, swooping in to offer advice or put into place some new system that I think will fix a pervasive problem in our household without asking them what they think. And, especially when it comes to kids, I think adults do that a lot. I watched my daughters’ middle school revamp their dress code four times in four years, having discussions with staff and administration, parents and board members, but it wasn’t until they listened to the students that they came up with a solution that everyone feels good about. It was a student that got so frustrated she crafted a PowerPoint Presentation to illustrate the issues and potential solutions, and it took a month of student council meetings to come up with a new set of guidelines that has everyone breathing a sigh of relief. Four years (at least). Four years of meetings, research, discussion, fiddling with different ideas, and nobody was happy.

I have a photo of an elephant fence tucked inside my nightstand as a powerful reminder that listening is one of the most effective, efficient things I can do every day. Even if I see my strengths as collaboration and a strong desire to help, it turns out that the best way to do that is by asking the stakeholders what they think, no matter who they are.

I Miss My Easy Bake Oven

Making the Case for Social-Emotional Learning in Our Schools