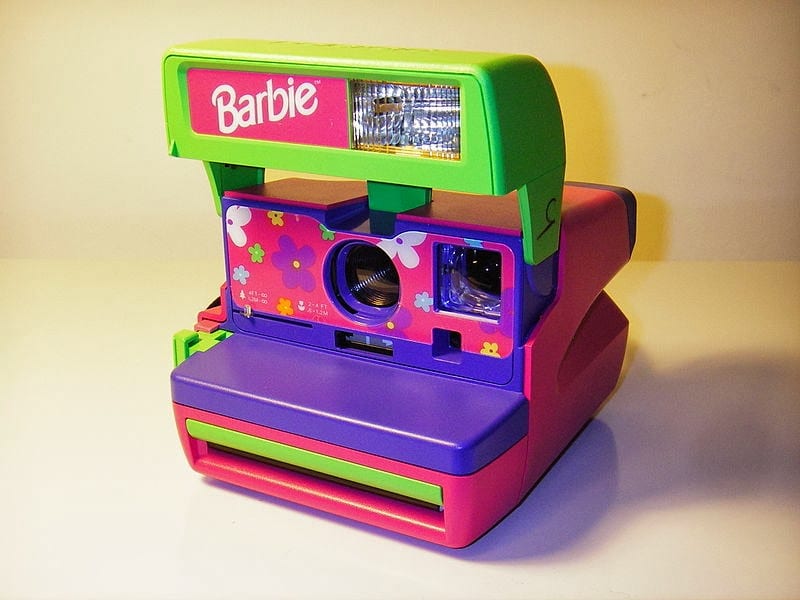 Lola loves watching Hollywood Game Night. She thinks Jane Lynch (the hostess) is hilarious and while she doesn’t know most of the guests (Ray Romano who? Martin Short what?), she loves the banter and the games. It has become our weekly ritual to sit down together and watch. I know very few of the pop culture questions and she likes to see the puzzled look on my face when a reference comes up that sounds utterly alien to me.

Last night we were watching an episode that aired a while ago and the game I suck at the most was part of the show. This game is called “Timeline” and consists of six giant posters with images from one category (Rolling Stone magazine covers, for example) or one celebrity’s life and the contestants have 90 seconds to put them in order of oldest to most recent.  Yeah. As someone who has been mostly oblivious to pop culture since I graduated from high school oh-so-many-years-ago, I am useless at this one.

One team’s posters were of six different Sports Illustrated Swimsuit Issue covers beginning back in the 1990s until present day.  As the “valets,” as Jane calls them, revealed each one the crowd oohed and aahed (and laughed as one of the contestants was featured on one poster – topless). When they were all facing the crowd, Jane said something I found very telling.  She said, “As a feminist, I find these all very disgusting. And as a lesbian, I’m thrilled!” The room erupted in laughter.  And I get it.

There is no reason we can’t admit that seeing pictures of attractive folks in various stages of undress is pleasing to us. There’s a reason this issue of Sports Illustrated sells more copies than any other throughout the year. We love looking at these bodies.

That doesn’t mean I don’t completely buy into the notion that objectification of anybody, male or female, is harmful. I have just as many objections to the SI swimsuit issue as I do to many of the mainstream advertisements out there for cologne or clothing or anything else for that matter.  But I think that this is why I don’t really have a problem with this year’s Sports Illustrated Swimsuit Issue featuring the iconic Barbie doll.  (Yes, in case you hadn’t heard, the cover of this year’s issue features Barbie as the model.)

In fact, I think they ought to go a little farther and have all of the suits modeled by Barbie. Not that this issue is about swimsuits, or selling swimsuits, or even sports for the most part. But if we are going to embrace the objectification of women and men, we may as well go all the way and use objects to make our point, right?  I mean, the rampant use of Photoshop to alter the pictures of the real-life models renders them completely fake, anyway, so why not use plastic dolls instead? They are certainly vastly cheaper and the graphic artists can still play around with Photoshop to add more ripples and muscles where Barbie doesn’t have any – maybe even a little peek-a-boo nipple in a shot or two, huh?

Nobody is likely to get very hot-and-bothered over the photos in the magazine, given the fake nature of them, but I suspect an entire issue with nothing but plastic dolls as models in sexy poses and various stages of undress might go a long way to pointing out that the photos featuring live models are just as fake, don’t you?  Or maybe I’m wrong…