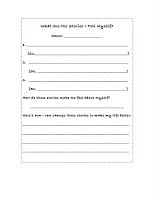 This whole lifelong learning thing is coming at me in waves! Unfortunately for me, I often plow through my days busying my brain with so many things that the Universe has to shake me or poke me or smack me upside the head to get me to pay attention from time to time. And with certain issues I prefer to avoid altogether, it is necessary to poke me repeatedly. Money is one of those issues. I am lucky enough to have what I need so that we aren’t living paycheck-to-paycheck like most of the world is and that has enabled me to continue to hide behind the black curtain, blithely continuing to ignore the cavalier way I treat financial issues.

And from time to time, I get the nagging feeling that I’m spending too much money (not on big things, I’m the nickel-and-dime-you-to-death sort: Target loves me, so do the grocery stores where I often impulse-buy, and I love getting little gifts or cards for friends as I see them). Occasionally Bubba (who is the primary money manager in our household) will throw out phrases like, “hemhorraging money,” and a little red flag pops up in my brain. But mostly, I continue on, blissfully ignorant. But last week Bubba was in Canada on business and it was the end of the month (one of those months where we had apparently been bleeding cash from every orifice) and my debit transaction was denied at Target. And later it was denied at the restaurant where I took Lola and one of her friends for lunch. So I went online and checked the balance of the account (barely recalling the password and username Bubba set up for us). Seems that Bubba did a big cash-grab for his trip, cabs and lattes being easier to pay for in cash – especially when you’re in another country. This meant that until payday, my free-wheeling debit card days were over. Wake. Up. Call.
Lying in the tub that evening, I decided that my usual modus operandi (guilt and shame at how ignorant I am about our finances leading to self-loathing and resulting in complete denial of the issue until payday when everything would return to normal) wasn’t going to cut it anymore. So I created this worksheet:

Turns out I have all sorts of “stories” I tell myself about money. That I am horrible at managing it (and so this gives me the excuse to not even try), that it isn’t important to me and I can do without it (and so this gives me the excuse to disregard it), and that I have a partner who is terrific with money and interested in managing it for our household (and so this gives me the excuse to rely on him to tell me what to do with it). Putting that in writing made my skin crawl. I felt like I had just downed an entire bowl of sea slugs in salt broth. ICK!!! I felt guilty, ashamed, lazy, and confused about where these stories came from. And I felt motivated to change them. They are not accurate, but they are ingrained.
I made ten copies of the worksheet and am keeping the original in my office. I know that, as young as they are, Eve and Lola have their own dysfunctional stories they tell themselves about difficult things. I have stories about exercise and health, relationships and conflict, and my own mental health status to name a few. But having the ability to look at the way I find trapdoors for myself and excuse behaviors that perpetuate my own negative self-image around certain things is incredibly powerful. It isn’t easy or pretty, but the simple realization that I have based a lot of my actions on inaccurate stories I tell myself is a huge catalyst for change. That doesn’t mean I’m taking any accounting classes anytime soon, but it does make me feel more empowered about my own behaviors around money and helps me think of ways to teach the girls to do the same.
April 4, 2011/4 Comments/by kariodriscollwriter_fan60j
https://kariodriscollwriter.com/wp-content/uploads/2011/04/What2BAre2Bthe2BStories2BI2BTell2BMyself.jpg 200 154 kariodriscollwriter_fan60j https://kariodriscollwriter.com/wp-content/uploads/2020/08/web-logo-Kari.png kariodriscollwriter_fan60j2011-04-04 18:32:002020-08-02 18:10:51What Are the Stories You Tell Yourself?

The Problem With Compartmentalizing, Part Two