I am always amazed when I read childhood memoirs. Not only at the vast array of experiences in people’s lives and the way children interpret things with their developing minds, but at the ability of the storyteller to conjure up such rich, detailed images of things that happened so many years (often decades) ago.

Other than the family stories that have been told and retold and a few snapshots that I have seen hundreds of times, I have no memories of my childhood before 5th grade. I can recite the story of my first day in Kindergarten where I was too short to hang my coat up on the hooks mounted in the hallway and was rescued by a classmate who would become a treasured friend. I can’t tell you what the hallway looked like or what color my coat was or what the weather was like outside. I also couldn’t tell you what the rest of the day was like, or even if I attended full day or half day Kindergarten classes. That story came from my mother.
I have several other “memories” like that – that were witnessed by others in my family but resonate with me no more than they would with you if you heard the story several times. I know the names of my first and second grade teachers, couldn’t tell you who my third grade teacher was if my life depended on it and am only marginally certain who my fourth grade teacher was because there were only two to choose from in the entire school and I think I got the mean one. Or was that my brother?
For most of my life, I thought that was normal. I didn’t realize that other people had vivid memories of times in their childhoods and it wasn’t until I had my first flashback nearly sixteen years ago that it occurred to me that there was a reason I didn’t know anything about my life as a child. I don’t even know if I can properly call what I had a “flashback.” It was more of a still photo than anything else. From that memory came a clear knowledge that there was a song associated with that period in my life – the period during which my sister and I were repeatedly sexually assaulted by the teenage son of the woman who watched my sister after school until I could come get her and take her home.
The only other clear memory I have is of the day when our adopted brother was taken away from us. I have searched and searched for the post that completes the story I began with the above link and it appears I never did. I guess I know what my next post will be. I have to finish that story now that I feel as though I have more memories of it. Sorry – stay tuned for that one and in the meantime, go back and read the first half so you’ll be up to speed when I post the finale, as it were.
For the last several years in therapy, I have examined the themes and patterns in my fears and anxieties and have found them to be mostly related to abandonment issues, control issues and not feeling as though I am worthy of unconditional love. I have often questioned where these strong issues come from and, several times, have wished I had more concrete information about my childhood. That wish is very quickly followed up by a resolute slamming of that door in my head. No f*ing way! Stay out of there. It could undo you.

Today as I practiced yoga I once again wished for some more clarity about my history. And instead of succumbing to the knee-jerk response that admonished me to Shut.The.Door., I asked myself why. What was it that I was hoping to gain from having these memories? I realized that what I want is to know who to blame. Who can I legitimately be furious with for screwing up my life? I have done a lot of work around forgiving the boy who abused me and feel as though there is a light spot in my heart because I have let go of most of that. And, while that is certainly trauma enough to cause me to lose memories, I know that none of that happened until I was at least in the 3rd or 4th grade. There is more. I know that.
I was so surprised at my ultimate reason for wanting to recover these traumatic memories that I nearly fell out of my side angle pose. Do I really want someone to blame? Yup. And even though I know that I will likely not find any easy answers or any justice, the idea that someone other than myself is to blame for what I experienced is huge. For years I have carried around the notion that I was unlovable, incapable of deserving nurturing attention, the person who blew things out of proportion simply to get attention and I’m tired of that story now. I was a kid. I deserved love and affection and care and comfort. And knowing that someone else should have been responsible for that and dropped the ball lets me off the hook a little bit.
That’s not to say I’m not freaking terrified of these memories. And a friend of mine who suffers from PTSD and has had flashbacks has warned me that I have no control over whether or when I might get them back, in any case. Personally, that’s the part that turns my knickers inside out. I want to know and I want to know on my terms. But like they say, if you want to make God laugh, tell Her your plans. Still, I feel as though I’ve tempted fate by simply writing these words and I suspect that I ought to have been more careful what I wished for…
September 13, 2011/0 Comments/by kariodriscollwriter_fan60j
https://kariodriscollwriter.com/wp-content/uploads/2020/08/Kari_logo_var5-100.jpg 1002 1002 kariodriscollwriter_fan60j https://kariodriscollwriter.com/wp-content/uploads/2020/08/web-logo-Kari.png kariodriscollwriter_fan60j2011-09-13 23:35:002020-09-04 13:35:54Tempting Fate 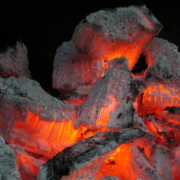 The Elephant in the Room

Confessions of a Shoplifter
0 replies