It is really tempting to go back to “engineering smallness.” There is a voice on my shoulder that says that nobody would blame me for giving up, moving on, throwing my hands in the air and telling the world that I tried with a wry shrug. That voice says that it is all just too hard to figure out, that the reward isn’t guaranteed, and it might not turn out to be worth the work. In the rubric of our current culture, I need to cut my losses, stop the bleeding, and get moving.

Deep within, somewhere, is the longing to write, to get back to creating, to find the spark that sets the words free and lets them tumble out of me with abandon. It is a yearning for balance, a call to feed my own desires and tell the stories that are trapped inside of me. The voice on my shoulder calls that out as indulgent, selfish, more useless blather that won’t be realized, just like the other two projects I’ve started and nearly finished.

What is it about the path that I’ve chosen that leads me to this place again and again? The quiet, self-propelled churning that makes something I want to share with the world and eventually brings me to a gate that must be opened by someone else. The book I write that never finds a publisher or agent. The work I do that must be taught by someone else. I know that there is some larger lesson here, that I can’t keep piling up what I’ve worked on and believed in for so long without some outlet, some way to get it out into the world.

But maybe that’s the lesson. That it is out there and that has to be enough. Even if it is out there in a small way, for only a handful of people to see, that is enough. Maybe it’s my ego that tells me that I have to get paid for this work in order for it to be valuable. Maybe it’s my ego that says that I have to have sold X number of copies for it to be successful. Maybe I’m wrong. Maybe the simple act of creating it is enough. Maybe having had the time to do it in the way I did it was the point.

There is this tension between creating and making a difference. I write because I have to, because it is who I am, because I can’t NOT write. Not to make a difference in the world. But I have had a small taste of making a difference and it is intoxicating. I have heard those who say my words have touched them, and somewhere along the way I got the idea that that was my purpose, that I am meant to do this work in order to make a difference in the world. I have even gone so far as to believe that if I can’t live out my purpose, my work is no good, it is meaningless, as is the time I took to do it. Sometimes it is hard to discern between desire and expectation. It is so hard to un-knot the act of creation from the product itself, from the question of what it will do or can do or should do.

And so I spend time soliciting people’s attention and interest – looking for those who are interested in what I’ve created, and in the beginning it is wonderful. I like to talk about my passion, to share it with others, to connect with people who are passionate about the same things. But at some point when I become tied up in what the outcome will look like, I begin to feel defeated. When my fate rests on whether or not someone else likes my work enough to buy it and I get caught up in the minutia of how best to package it and whether I can replicate it or if it is good enough, I have lost my center. I wonder if I will ever find the sweet spot, or if there even is one.

I woke up this morning with a resolve to let go for a while, to let things un-knot themselves, to leave it up to the Universe and I’m trying. It’s surprisingly hard work to “let go.” It requires me to float in a state of limbo, to constantly redirect my thoughts away from imagining what could be and organizing toward that. It means that my usually long to-do list gets tucked away out of sight and I have to find other ways to occupy myself and be alone with my thoughts.  I have no doubt that it will all become clear at some point – it always has before. I know that just because I’m uncertain and a little bit scared, it doesn’t mean that I will always feel this way. I trust that I will look back on this one day and shake my head and be grateful that it passed.  And I suspect that I will find myself here again in the future. Frankly, it is that which has me the most agitated – the notion that if I don’t learn whatever lesson I’m supposed to be learning this time, I’m destined to do this again (and, if you hadn’t gotten the message, it’s not a comfortable place to be, so I don’t relish the prospect of being here again). But if I’ve learned anything from life, it is that things only get harder when I fight them. And, if I’m determined to live my values and practice courage, I won’t go back to being safe and engineering smallness, I will just sit quietly and wait and hold on to who I know I am at my core. 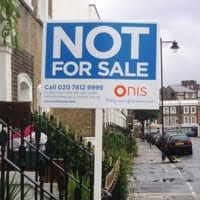 Seeing in a Different Light

Repost: The Power of a Gratitude Practice