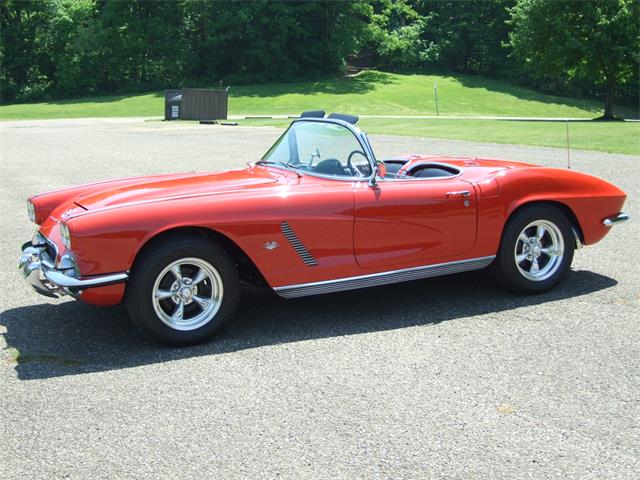 My dad loved cars. He loved old cars, classic cars, any car he ever owned. He loved washing and waxing them, tinkering in the engine, driving. Everything about them.

He taught me how to change the oil and air filters in my car. How to change a tire and check the air pressure and how to calculate my gas mileage. He was often disgusted at the state of the inside of my car, and he was positively purple the night I drove my car off a cliff in the pouring rain by accident.

I loved that car. It was a 1979 Datsun 210 hatchback and I could fit more people in there than you’d think. After I drove it off the cliff, he had it towed to town and ultimately to his place, 140 miles away, and even though it wasn’t worth it, he found someone who could put it back together for me. I drove it for several more years and took really good care of it.

The car I had after the Datsun finally died was maybe the worst car I’ve ever had. Do yourself a favor and don’t buy a car that was made the first year the car company ever existed. Give them time to work the kinks out. I was proud of it because it was the first car I bought all by myself, but it was a 1986 Hyundai Excel and it was a piece of junk. It only took a couple years before fifth gear didn’t work. A month or two more and fourth gear died. I still drove it to and from work because my commute on I-405 was so slow that I didn’t really need to get beyond third gear. But when the transmission dropped reverse, I started to worry. I got by for a while, parking on hills and only parallel parking in huge spots where I could go head-in.

The next car I had that I really, really loved was also the first truly brand new car I owned – my Ford Ranger King Cab. Fire engine red, four-wheel drive, five speed. My then-husband thought I was nuts. He grew up on a farm, driving combine and nothing but trucks, so when we moved to Seattle and he got a job at a tech firm, he couldn’t wait to buy himself a little Honda Civic. He turned his back on trucks forever – distancing himself from his days as a farm boy.

I loved that truck. I sat up higher than most cars on the road and driving a manual transmission was always my preference. We could use it to haul the second-hand furniture we bought for the house, or dirt for the yard. Groceries sat in the king cab, safe from rainy days. I felt powerful in that truck. And I was sad when I had to say goodbye to it because I got pregnant and the king cab was no place for a baby’s car seat. After Baby 1 and Baby 2 came a Volvo and a minivan. Sigh.

But when the minivan had outlived it’s usefulness, I got Sparky. Sparky was a 2010 Toyota Highlander Hybrid and he was such a great car. Big enough to haul six kids, or five plus the dog, and not a gas guzzler at all. Sparky became known as the Party Bus when my girls were in middle school and I drove through Woodinville, Kirkland, Bellevue and Mercer Island, picking up girls along the way to take to school in Seattle. Sparky’s glove compartment was always full of pretzels, granola bars, fruit and napkins for the long ride to and from school. I took a car load of girls to Astoria for the weekend on a field trip, sat in a ferry line for six and a half hours with my daughters and two pups, and listened to countless hours of kid music in that car.

When I bought my electric car last year, Sparky became the girls’ car – solid, cheap to insure and drive, and a bit gutless. And last Friday, Sparky took one for the team, absorbing the impact of another car t-boning him, and protecting my girl and her boyfriend. Unfortunately, he didn’t survive, and it’s time to say goodbye. 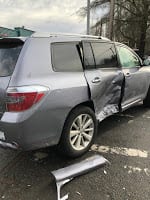 As I cleaned him out today, grabbing a blanket and a pack of gum, a coffee mug and the registration papers, I saw the old metal First Aid kit beneath the driver’s seat. Dad gave me that battered box, full of everything I might need should I get in to an accident – band-aids, gauze, alcohol wipes, scissors, flares, a space blanket, and more – when I got that Datsun 210 back in 1987. It has sat in every car I’ve ever owned and been used many times when kids cut or scratched themselves or simply needed something for their headache. I slid it out and settled it in to the rental car I’m driving for now and felt the tears come. 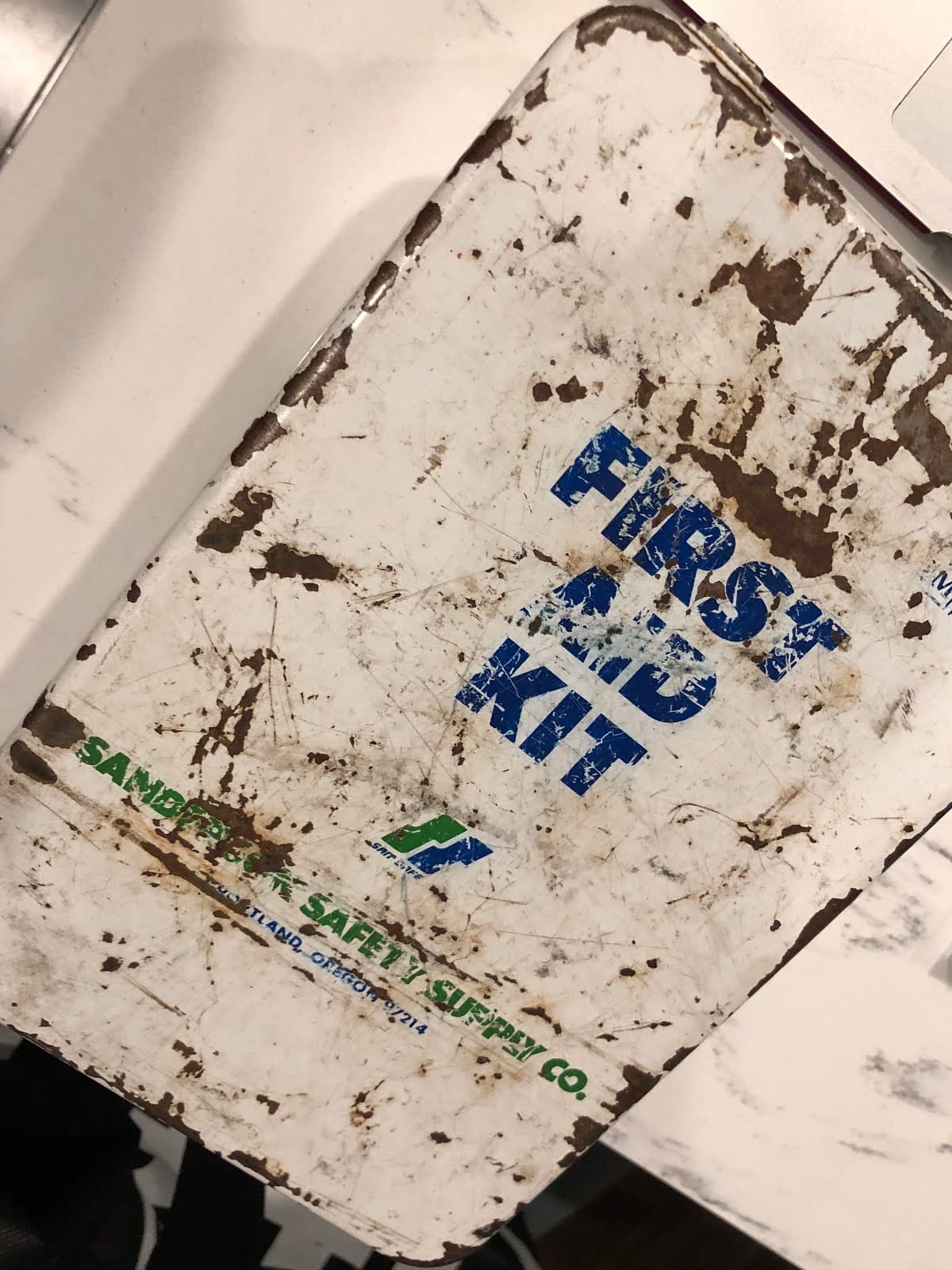 I am so grateful that Lola and her boyfriend are ok and that Sparky cushioned the blow. I am so sad to see him go and while it feels silly to cry over a car, it’s also true that there are so many memories that are conjured up when I think about him. So much laughter, road trips, rides with stinky dogs. I guess maybe I inherited some of Dad’s love of cars, even if I haven’t changed my own oil in a couple decades. 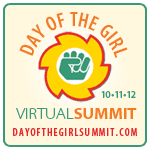