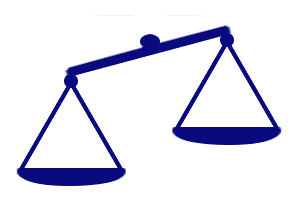 I am so grateful for my local public library! I have discovered so many amazing books simply by walking in empty-handed and perusing the shelves set up to highlight particular books.  I don’t know the formula the librarians use to decide which books to set out at what time (except for the obvious holiday-related ones), but I’m incredibly glad for the ones I’ve found throughout the years.

The remarkable book I discovered by ‘chance’ this summer was Walking After Midnight by Katy Hutchison.  It is the story of a journey that began with her husband’s murder one New Year’s Eve and her path to forgiveness.  It is so much more than that, but I won’t reveal more here because I would like to encourage you to read it yourself.  I will tell you that she and her husband’s killer have since forged a relationship that enriches the lives of people everywhere.  Their work focuses on the concept of restorative justice, defined on Wikipedia as

“an approach to justice that focuses on the needs of the victims and the offenders, as well as the involved community, instead of satisfying abstract legal principles or punishing the offender. Victims take an active role in the process, while offenders are encouraged to take responsibility for their actions, “to repair the harm they’ve done—by apologizing, returning stolen money, or community service”.[2]Restorative justice involves both victim and offender and focuses on their personal needs. In addition, it provides help for the offender in order to avoid future offences. It is based on a theory of justice that considers crime and wrongdoing to be an offence against an individual or community, rather than the state.[3] Restorative justice that fosters dialogue between victim and offender shows the highest rates of victim satisfaction and offender accountability.[4]“

Together, the two of them travel around the world telling their story and revealing how their lives were impacted by this notion of repair and restoration as opposed to strictly punishment.

I was struck by one part of the book in particular where Katy talks about several schools who have instituted restorative justice programs as a way to address bullying.  Bullying has been highlighted as a serious societal problem in the last few years and, as a result, many schools have declared so-called “Zero Tolerance” programs, meaning that punishment for bullying is swift and severe.  I was intrigued by the notion that other schools have chosen to bring the victim and the perpetrator together in a facilitated discussion to resolve issues and use these incidents as teaching moments.  Having worked at a school for several years, I have seen kids who were labeled as bullies or troublemakers and expelled or asked to leave the school.  On more than one occasion, our school received one of those children.  I often wondered what a simple change of venue was supposed to accomplish for these kids and how difficult it must be to remove that label once applied.

After finishing the book, I did a little more sleuthing and discovered this website.  Dr. Tom Cavanagh writes about a “culture of care” in schools, offers training for educators and parents in restorative justice, and critically reviews books on bullying.

We have, blessedly, not been touched by bullying at this point in our girls’ lives, but I love the idea of restorative justice when it comes to nasty disagreements just as much as “bullying.”  I have seen firsthand how much Lola squirms when asked to sit across from Eve and listen to how her bad behavior made her sister feel.  Eve has asked to simply be punished rather than facing her sister, taking responsibility for her behavior, and making things right.  It is incredibly uncomfortable to face the person you have harmed and spend a little time in their shoes, but such a powerful deterrent to further incidents.  For the victim, being heard and acknowledged is often more important than knowing that the person who hurt you is being grounded or suspended or expelled.  For the perpetrator, the emotional distance that is provided by a punishment, no matter how severe, does nothing to help them understand their actions and the natural consequences that stem from them.  And for both parties, the process of restorative justice is an opportunity to grow empathy, compassion, and a sense of community.

Restorative justice in our schools would require more time, energy and training on the part of the school personnel.  Ultimately, though, I feel certain that it would offer more opportunities for growth, dialogue and community within the schools.  Students on both ends feel cared for – their emotional needs met – by restorative justice and isn’t that what we want for our kids? To feel part of something that cares about them? To be in a place where they matter?  Maybe if we start this trend in our schools, this generation will grow up to embrace it in their adult lives, seeking to repair and restore relationships and relying on principles of humanity and forgiveness rather than punishment and revenge.

It’s All Bringing Me Down

What Kind of World Do You Want to Live in?

Why Media Literacy is So Important For Our Kids
3 replies